Where is Dubya’s Peace Prize? 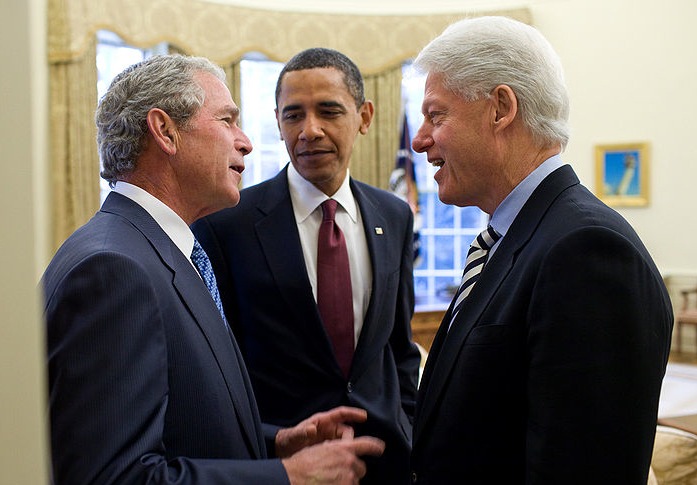 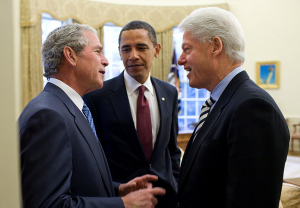 Barack Obama won the Nobel Peace Prize in October 2009, after less than one year in office, “for his extraordinary efforts to strengthen international diplomacy and cooperation between peoples.”

We still don’t have any clarification as to exactly what those “extraordinary efforts” were, Save Jerseyans.

Our nation is more politically divided than ever, our international prestige has never been lower in modern times, the quality of life for the next generation is diminishing for the first time in American history and, if “peace” at any cost is the Nobel committee’s yardstick, this President embraced the Iraqi surge (after previously condemning it), stepped up drone attacks in Afghanistan and joined an unprovoked military offensive in Libya.

Extraordinarily inept (and hypocritical) is a more accurate assessment!

Meanwhile, his predecessor George W. Bush continues to save millions of lives on the African continent.

For all his faults as a political leader, no American has done more for Africa and the West’s long-term security by extension. His latest mission is just as important from a geopolitical standpoint as it is from a humanitarian perspective. That’s because Africa is the world’s second most populous continent and easily its poorest; consequently, it’s fertile ground for the spread of radical Islam. The good works of charitable Christian folks like former President Bush act as a collective ideological bulwark.

And what does Bush get for his efforts? A verbal dressing-down by Zambia’s Michael Sata for the abuses of Western colonial powers. Granted, the United States never held a single colonial possession in Africa; Sata also conveniently forgets that slavery was a crime for which American slaveholders, European slave traders and African warlords shared culpability. But why let facts get in the way of the truth: Africa’s problems have less to do with colonialism and more to do with institutional corruption.

Yet good, gracious men like former President Bush will continue to do their best for the people of Africa! God bless them for it. Where’s Dubya’s Nobel Prize?