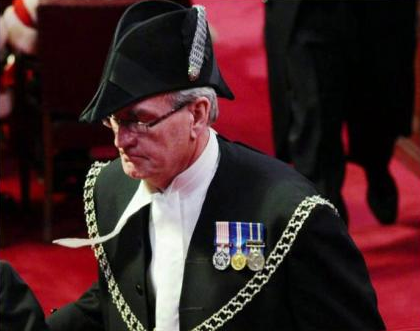 Predictions for what happens next after Ottawa

What happened yesterday in Ottawa is a horrible, terrible act of terrorism. Open, ordered, consensus-oriented Canada has been attacked by a home-grown jihadi who was mentally unstable and had a long criminal record.

A Canadian soldier was killed by a terrorist who shall remain nameless – whether he was a lone gunman or had accomplices is still under investigation –  who was then killed himself by Kevin Vickers, the parliamentary sergeant-at-arms and a retired member of the RCMP. He’s the hero of the day.

Some observations on what will come of this:

The ceremonial, unloaded rifles used by soldiers who guard monuments will be replaced ASAP by the real thing. Those who stand watch need to be able to defend themselves. I also wouldn’t be surprised to see the unloaded M14’s carried by guards at the U.S. Tomb of the Unknowns replaced with loaded ones.

The long, slow process of de-regulating firearms in Canada — you no longer have to register long guns, but handguns are, for all practical intents and purposes, unlawful for Canadians to own, let alone carry — will continue and quicken. When citizens see how defenseless they are against one fanatical terrorist who is well-armed, they’re going to demand the right to even the odds.

Pro-gun, pro-Second Amendment forces will also see their cause advanced in the U.S. because of this. If we’re vulnerable to attack at any time we’re in any public place, we must have the right and the capability to defend ourselves. It’s that simple.

As the number of seemingly spontaneous incidents like this increase, you’ll see a corresponding increase in demand for weapons and the right to carry them in public, either concealed or open, because, frankly, you never can tell when some guy with a Middle Eastern scarf over his face will start firing away someplace where you are.

Because both the U.S. and Canada are, and should remain, open societies, not much can or will be done to prevent terrorists from mingling with us wherever. Face it: nobody wants metal detectors at the entrance to every Macy’s or public park. And since we can only afford so many police officers, we’re going to have to realize that an alert and armed citizenry is an essential component of our national defense against local terrorism.

In other words, a militia similar to what was in place at the beginning of the Republic and exactly as envisioned by the Founders when they wrote the Second Amendment.

It’s going to get rougher for Muslims everywhere. While those who peacefully practice Islam have every right to do so under our First Amendment, they need to recognize that they have a massive and growing PR problem since it’s now taken for granted that when you hear of incidents like yesterday’s attack, you automatically assume it was an Islamic-inspired jihadi who did it. And you’re almost always, if not always, right, which is a flat truth. Lutherans, Seventh Day Adventists, Taoists or Jews aren’t the ones committing these attacks.

Muslims are going to have to police their own to denounce this behavior, condemn those who engage in it and run terrorist recruiters and sympathizers out of their mosques. If they don’t, it will get way worse for them.

2 thoughts on “After Ottawa, we must realize that we are the militia”