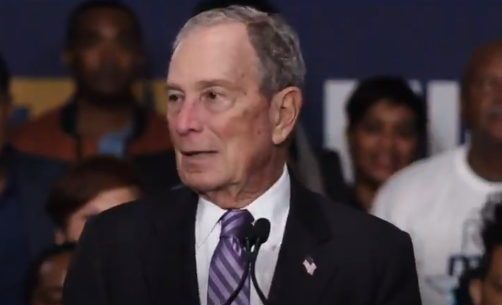 No doubt you’ve see that in recent days all sorts of negative information has come out about Michael Bloomberg. We’ve even reported on some of these here:

A former employee’s collection of quotes containing profanities and other derogatory remarks that Bloomberg allegedly made in the workplace has been revealed.

Reports of previous harassment suits and other legal claims against Bloomberg have been brought forward.

Videos of Bloomberg disparaging the work or farmers, laborers and factory workers have been disseminated.

A video has been shown of Bloomberg suggesting that elderly people with chronic illnesses should be denied health care funding and simply told “there’s nothing we can do for you.”

Another video now circulating has Bloomberg saying that many “black and latino males” simply don’t “know how to behave in the workplace.”

Which leads us to ask: Why is all this happening now? These reports and videos have been around for quite some time. Some of them are quite old. Why are they being brought forth now?

Here’s our theory: The Bloomberg campaign actually wants all this to come out now and they may very well be behind all this, with the cooperation of the liberal media. You heard that right — Bloomberg and his allies want all of this our now for two big reasons:

1) This stuff won’t come out closer to election day, say one of two weeks or even one or two days before the big day; and

2) If anything like this does come out then or if any of these reports are repeated, Bloomberg and his people can simply say: “This is old news. We’ve heard all this before. We’ve dealt with it. It’s been fully vetted. Nothing to see here. Ancient history!”

Make no mistake about it — liberal elites, the Dem establishment, academia, the pop culture glitterati, big labor, big media and all of their friends know they’re in trouble. They don’t want Bernie Sanders as their nominee and they now see Bloomberg as their only chance to beat President Trump. So, they’re willing to do his bidding no matter what it takes.

If that means a giant dump of negative news now to avoid far worse ramifications later, so be it.

These people are clever, calculating, unscrupulous and relentless. Don’t ever underestimate them.

In a word, they’re diabolical!