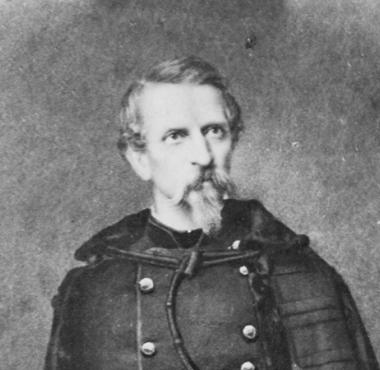 KEARNY, N.J. – The American Legion and the Veterans of Foreign Wars are joining the fight to stop the removal of New Jersey hero Phil Kearny’s statue from the Capitol Hill National Statuary Hall Collection.

New Jersey Senate Democrats recently voted to remove the statue – every state gets two for the collection – and replace the legendary Civil War general and Hudson County town namesake with one of Alice Paul.

“One of the missions of the Veterans of Foreign Wars is to ensure the sacrifice of American service men and women are honored and never forgotten,” said Barbara Kim-Hagemann, the current sate commander of the VFW Department of New Jersey, in a statement released by the office of state Senator Joe Pennacchio (R-26). “General Kearny, a legendary hero of the Civil War, was killed in action at the Battle of Chantilly, Virginia on Sept. 1, 1862. He, like many other American heroes, sacrificed his life to reunite a divided nation and free the oppressed from slavery. His actions that day ensured the freedoms that all Americans cherish today. The Veterans of Foreign Wars, Department of New Jersey, strongly opposes the removal of General Kearny from the National Statuary Hall.

“In a time where only 0.4% of Americans are currently serving in uniform, along with a growing military vs. civilian divide, it is more important than ever that statues and memorials honoring our military heroes stand as a reminder of the sacrifices required to keep our great country free,” Kim-Hagemann continued.

“The American Legion, Department of New Jersey strongly opposes the proposal to replace the statue of Major General Philip Kearny in the National Statuary Hall of Collection,” added John D. Baker, department adjutant for The American Legion Department of New Jersey. “Alice Paul deserves to be recognized with a statue and a suitable place should be found, but not as a replacement to MG Kearny.”