As N.J. languishes without a reopening plan, legislator will introduce bill to curb Murphy’s powers 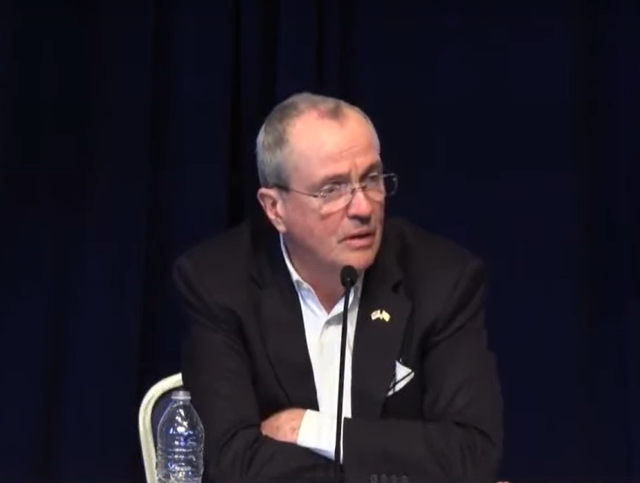 TRENTON, N.J. – The week began with Phil Murphy introducing a “roadmap” that didn’t contain any specific reopening dates, a decision which angered many residents and lawmakers. It ended with news that New Jersey’s 2020 unemployment filing have now eclipsed one million in a state with a population of only nine million.

“The governor’s ability to unilaterally impose restrictions on the freedoms of our citizens cannot go unchecked,” said Bergen. “One person with near absolute power is dangerous. Governor Murphy doesn’t even have a problem admitting that he doesn’t consider the Bill of Rights. My legislation will ensure that the governor has the ability to take emergency action, but that action must be reviewed and approved by the legislature within 14 days or it will expire.”

Murphy’s most controversial power grabs are rooted in the bluntly named ‘Disaster Control Act‘ and the Emergency Health Powers Act.

Gubernatorial crisis authority isn’t supposed to be unlimited and subject to the whims of the executive.

In its Worthington v. Fauver (1982) decision, the N.J. Supreme Court looked at the Disaster Control Act and concluded that “[t]hese emergency powers represent an extraordinary delegation of authority by the Legislature to the Executive. Because of the extraordinary nature of that authority, the executive orders must not only bear a rational relationship to the goal of protecting the public, but their scope must not exceed the extent of the emergency.”

Bergen and others believe many of Murphy’s recent decisions go beyond the scope of fighting COVID-19. Earlier in the week, Murphy made no bones about the fact that he planned to use the crisis to radically transform the state, declaring “COVID-19 did not create the inequalities in our society. But, it laid them bare. So, this is also our opportunity to help close those gaps.”

The GOP Assemblyman believes a 14-day limit is a necessary check in the spirit of Worthington.

“Right now, the governor is picking winners and losers in the business community,” added Bergen. “He is allowing box stores to remain open while shuttering main street businesses. You can buy a bike from Target but not your local bike shop; you can pave a road but not a driveway; you can buy a sandwich but not ice cream. Governor Murphy is making these decisions in a bubble with no checks and balances. That needs to end now and should never be allowed to happen again.”

“The legislature is the lawmaking body of the state, and no governor should be able to trump all state, county and municipal law with the stroke of a pen without those actions being reviewed and approved by the legislature,” concluded Bergen.

Bergen tells Save Jersey that the bill is currently being drafted but should be ready for public viewing in the coming week.