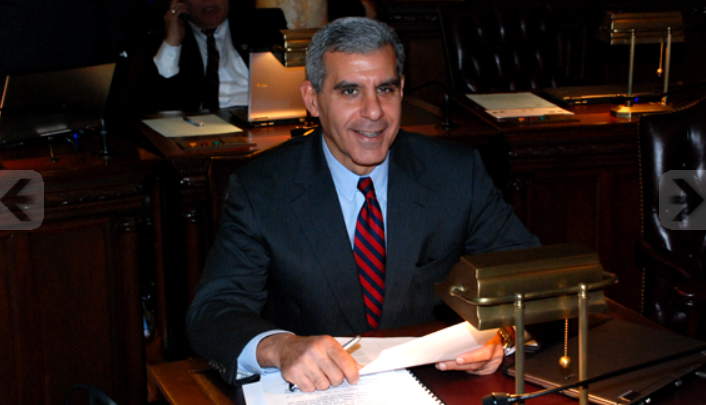 Joe Kyrillos and Bob Menendez will face off tonight in a U.S. Senatorial debate at Montclair State University. The event will be broadcast on NJTV and live streamed on njtvonline.org at 8PM.

Menendez, the incumbent Democrat is seeking his second term term in the Senate. He was appointed by Governor Jon Corzine in 2006 to fill the seat that Corzine vacated when he was elected governor. Menendez defeated State Senator Tom Kean, JR in 20006 to earn his own term. Prior to his appointment to the U.S. Senate, Menendez represented Hudson County in the House of Representatives for 13 years. He served four years in the State Assembly and one year in the State Senate before being elected to Congress. Menendez was also Mayor of Union City while serving in the Assembly.

Kyrillos has represented Monmouth County in the State Legislature for since 1988. He served as GOP State Chairman in the early 2000′s, was Mitt Romney’s 2008 New Jersey campaign chair and Governor Christie’s campaign chairman in 2009.

Despite their long careers in public service, neither Menendez or Kyrillos are well known statewide.

30% of registered voters, including 25% of Democrats, did not know enough about Menendez to express an opinion about him in September 25 Monmouth University/Asbury Park Press poll. That is a horrible statistic for an incumbent U.S. Senator that indicates he was not been engaged with his constituents. The campaign has not boosted Menendez’s name recognition much. In February, the Senator was unknown to 33% of the electorate in a Monmouth/APP poll.

Monmouth says Menendez is leading by 49% to 34% among likely voters, with 14% undecided and 2% supporting other candidates. Independent voters favor Menendez by 42%-26%. Democrats say their internal polling numbers show Menendez winning by over 20%.

Unlike the Presidential debates which had Super Bowl like viewership last night, the U.S. Senate debate is not likely to draw many viewers. The broadcaster, public television station NJTV, does not even have the debates listed on their schedule. Yet members of NJ’s mainstream media are calling the debate Kyrillos’s opportunity to increase his name ID and make a race of the campaign which has been overshadowed by the presidential campaign thus far.

In order for that to happen, Kyrillos needs to make news tonight. He needs to prove that Chris Christie is not the only New Jersey Republican who can land a rhetorical punch. He can’t just throw a punch. He needs to put Menendez on the ropes to such an extent that the media will cover the debate and make voters wish they’d seen it. Kyrillos needs to get voters to pay attention to the Senate race or it won’t be a race.

Kyrillos told a reporter last week that if he could shake the hand of every voter he would win easily. If its and buts were fruits and nuts, every day would be Christmas. Tonight the people who can turn the Senate campaign into a race, the media, will be watching. Give them something to talk about Joe.