What they’re saying about Matt Rooney’s Save Jersey:

“Matt Rooney is one of our State’s most passionate and dedicated YR leaders. His tireless efforts are leading the GOP netroots revolution in New Jersey, conveying our party’s conservative message to a new generation of Republicans.  Matt’s hard work is already paying dividends here in the Garden State…” 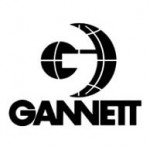 “Save Jersey Blog founder Matt Rooney, 28, of Collingswood has become an influential voice in the Republican Party. He has developed a following around the state due to his blog and activism. He has never made a bid for elective office, but one observer says ‘he has all the markings of someone who wants to run for office some day.’ Rooney is an an attorney with DeMichele & DeMichele in Camden County.”

– The Asbury Park Press, as part of a statewide Gannett Newspapers series citing Matt Rooney as a top “Rising Star” in NJ politics

“What’s undeniable is that Save Jersey.com has become a must-read among Republicans, Trenton-watchers, and even Democrats. Reading its savvy, sassy coverage of the Rutgers-Rowan merger, I enjoy the combative Jersey-ness that defines the site.”

– Kevin Riordan of The Philadelphia Inquirer profiling Matt Rooney, Brian McGovern and Save Jersey in April 2012

“The founding editor of Save Jersey has carved out a space for himself as the state’s go-to GOP commentator and opinion-crafter.”

The Save Jersey Blog was founded in May 2008 by a 23-year-old Rutgers University law student, Matt Rooney.

Looking for a way to fight for limited government reform in his beleaguered home state of New Jersey without neglecting his legal studies, Matt signed up for a simple (and cheap) blog publishing account and casually began to write about a variety of political topics. He focused on Trenton over-spending, crooked machine politics, and a corruption-busting U.S. Attorney named Chris Christie who, at the time, was just starting to be discussed as a possible gubernatorial candidate.

In short order, Save Jersey evolved from a small online journal into the state’s most widely-read and influential conservative website. Over 250,000 readers visited Save Jersey in the months immediately leading up to the fateful 2009 Election when Chris Christie catapulted to both the governor’s mansion and national stardom. Save Jersey, for its part, soon became nationally-recognized as an invaluable resource for in-state political coverage, warranting mentions from various national online publications such as National Review Online, MichelleMalkin.com, The Weekly Standard, BigGovernment.com, FoxNation.com and The Washington Post.

Save Jerseyans believe that New Jersey is at a crossroads.  New Jersey taxpayers and small business owners, burdened by unparalleled tax burdens and cumbersome regulations, increasingly find themselves faced with a startling choice: surrender the American Dream or leave their native state for greener pastures.  No one should have to make that decision!

In recognition of these grave realities and stark challenges, Save Jersey is proud to present an alternative narrative to the reigning school of thought dominating our state’s warped political culture. Most Trenton politicians insist that bigger and more intrusive government is always the answer to all societal ills.  We will argue that a smaller, more affordable and accountable government is the best answer to the problems facing New Jersey’s struggling economy.  Save Jersey utilizes cutting age analysis and the power of social media technology to breathe new life into the state’s two-party system and, most importantly, energize a weary population to fight back and save their state!

All Save Jerseyans firmly believe that New Jersey’s official state motto – “Liberty and Prosperity” – should be much more than a rhetorically pleasing slogan.  Starting today, we must tirelessly work together to make liberty and prosperity a reality for every citizen of the Garden State.

“Freedom and prosperity are not exclusive entitlements for the privileged few.  Every New Jerseyan has the right to strive for the American Dream without interference from their state government.”

– Matt Rooney, Founder of The Save Jersey Blog