The people of Wisconsin are particularly knowledgable when it comes to two topics, Save Jerseyans: cheese and football.  They may therefore be familiar with one of football legend John Madden’s best Yogi Berra impressions in the commentator’s booth: “If this team doesn’t put points on the board I don’t see how they can win.”

An obvious point? Yes, but it’s also a crucially important one. You can’t win at life if you’re not playing. Example? As of this writing, Barack Obama is on track for reelection solely because House Budget Chairman Paul Ryan (R-WI) is the only Republican leader in Washington playing to win Election 2012… 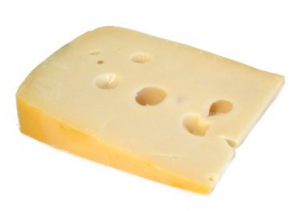 Wednesday morning’s headlines from NY-26 made that painfully clear. A weak, low-substance Republican House campaign met with disaster in a district where the GOP triumphed by a better than 2-to-1 margin last year. Why the flip? Because turnout is king in off-cycle contests, and Republican-leaning voters clearly weren’t inspired to leave work early or miss TV season finales for a campaign that seemed to consciously distance itself from Rep. Ryan’s decidedly Republican plan to reform the collapsing American entitlement system! 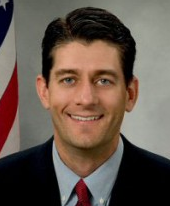 But you would think it’s complex by observing general Republican behavior as of late. The worst part of this story is that NY-26 GOP aren’t the only ones leaving Paul Ryan hanging and, in doing so, cutting themselves off at the knees. Few Republican presidential contenders have wholeheartedly embraced Ryan’s proposal, one of them has outright slammed it, and plenty of other GOP politicians around the country won’t even discuss it for fear of the liberal demagogues. I guess it’s easier for Republicans to delude themselves into thinking that widespread disappointment with Obama will automatically translate to an easy victory; delusional is exactly the best way to describe it. Being “anti-” isn’t enough to win. Ask John Kerry. Successful majority-makers propose alternatives to the status quo and possess the courage to stand by them.

Unfortunately courage is a rare commodity right now, and Republicans who refuse to play for Ryan’s team will earn predictable results. The President’s political vulnerablities will go unexploited, prospects for expanded congressional gains will continue to fade, and the few GOP leaders willing to take the field for the cause of reform will increasingly find themselves dodging more tackles and absorbing rougher hits with less and less blocking.