I Just Don’t See It, Carl

Washed-up Olympian Carl “Silky Slim” Lewis lashed out at Lt. Governor Kim Guadagno yesterday, Save Jerseyans, after he was stricken from the LD-8 ballot for a second (and hopefully final) time.

You may recall that Lewis’s ill-conceived candidacy has been plagued from the onset by an inconvenient truth: he doesn’t meet the residency requirement! You can click here for more Save Jersey coverage of this strange saga.

Suffice it to say that since the state-level appellate court affirmed Guadagno’s decision and the 3rd Circuit’s ruling reinstating Lewis was restricted to the primary, Governor Christie’s Number 2/Secretary of State apparently sees no valid reason to prolong this sad charade a minute longer.

But some people are gluttons for punishment. Not one to be silenced without saying or doing something utterly bizarre, Lewis fired back by comparing Guadagno to a favorite Democrat boogeyman of years past: Richard Nixon. 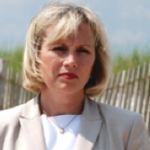 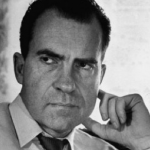