The ultra-liberal New Jersey Star-Ledger is at it again, Save Jerseyans. 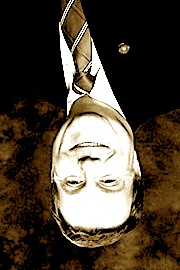 Fast forward to Saturday, when the Star-Ledger went one huge step further by calling Johnson a “political assassin” and “cyber bully” for simply posting the photographs.

Because this less-than-polished guy from Cumberland County scooped Tom Moran’s elitist, over-paid office mates? Must be, because not one of these Johnson-haters can explain exactly what Mr. Johnson did in this situation that was either 1) illegal or 2) unethical. Johnson didn’t steal these from Magazzu’s computer or snap the shots while trespassing on his property. He did nothing wrong… other than expose a Democrat as a pervert?

And I’ll ask the same question as before: would anyone in The Ledger’s shrinking bull pen simply “turn the other cheek” if a credible source offered to send them photographs of Governor Christie posing naked for an extra-martial lover? I think not!

Even Magazzu’s fellow Democrat freeholders admitted that he did things extremely unbecoming of a public office holder. That’s why I say “Thank God” for citizen journalists who do the job their mainstream predecessors — USED to perform! Their old media counterparts have degenerated to mere apologists for liberals who get caught in in their own zippers.