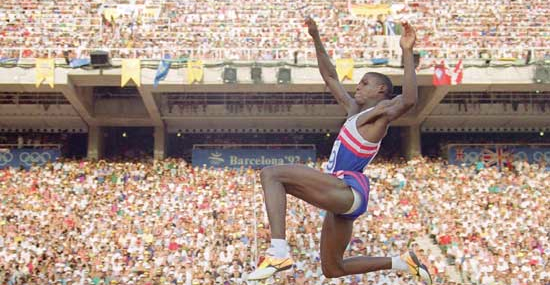 Well as you saw if you were following the @Save Jersey twitter feed this afternoon, Carl Lewis held his press conference in Mt. Laurel today to announce…nothing, nothing of any consequence anyway. He gave no detailed account into his plans for the future, only stating that there would be plans. We all know what that means.

Here are some highlights from the largely uneventful press conference:

Anyway, mark my words, this is not the last you are going to see of Carl Lewis in New Jersey politics. Unless of course he goes back to California to run there, you know, where he lives, votes, and pays taxes.

The press conference was pretty anticlimactic. Many of the TV new crews left half way through, if that is not an indication of how much the media cares about what someone who is not allowed to run is doing to do now, then I don’t know what is.

17 thoughts on “Carl Lewis Holds Press Conference for Nothing”