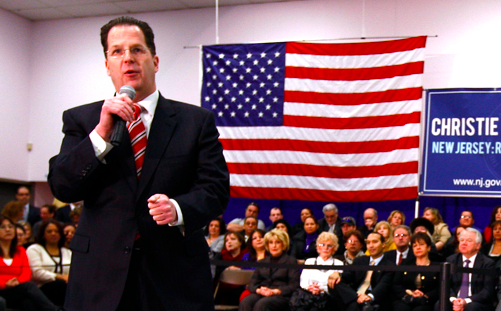 Back in 2008 when Barack Obama first tapped Joe Biden for the VP slot, the talking heads couldn’t get over the level of fopo “gravitas” that Delaware’s smallest wonder allegedly brought to the Democratic ticket. You would’ve thought he was Kissinger’s twin brother or something.

How’s that working out for you now, Mr. President?

I have little doubt that he’s second guessing his choice, Save Jerseyans, unlike how Joe Biden refuses to second guess China’s “one child” policy. Go figure.

But it’s not too late for Obama to shake things up for 2012. My suggestion for a substitute? Union City Mayor Brian Stack. The Hudson powerbroker stepped up big when Leftist South American leader Rafael Correa was slated to attend an Ecuadorean event at Union City High School this week; the city’s Cuban population aggressively lobbied Stack who, in turn, went to war with Ecuador.

From the International Business Times:

Cuban exile leader Sergio Gatria said the mayor met them and agreed to cancel the event.

Correa supports dictators, is an oppressive leader and hobnobs with [Iranian President] Mahmoud Ahmadinejad. This man is a sworn enemy of the United States. It is an affront to this community to roll out the red carpet for someone like that,” Fox News Latino quoted Gatria as saying.

Stack had already informed the Ecuadorean consulate that Correa’s visit to the school event would be cancelled. Consulate officials warned that Ecuadoreans will protest any cancellation in front of Union City hall, but the mayor dared them to do so.

Correa is a typical Latin American commie in sheep’s clothing. He pals around with the Castro brothers and, in 2009, refused to renew U.S. basing rights for the Manta Air Base Forward Operating Location. In short, he’s no friend of the United States.

Mayor Stack deserves kudos for sounding more presidential than our current Commander-in-Chief and his sidekick gaffe machine. The Democrat Party could do worse!