There’s reality, Save Jerseyans, and then there’s whatever is going on in Frank Pallone’s head.

Imagine The Wizard of Oz meets Das Kapital… capped with a fro.

This latest product of Pallone’s imagination may take the cake. Mega-kudos to our friends over at Frank Pallone Not for New Jersey, a pithy little blog dedicated to hounding the least popular member of the Garden State’s congressional delegation. By way of background, most NJ Democrats actually hate Pallone because he’s a major league jerk. Republicans think Pallone stinks, too, but largely due to the fact that he’s a condescending liberal who is utterly and completely detached from reality.

Most recently, Pallone used his taxpayer-financed franking privilege to mail out a “constituent update” in which he claims knowledge of a Social Security “success story.”

Call it a “scheme,” unworkable, broken, hijacked, whatever you prefer… it’s clear to any sane person that Social Security is anything BUT a success for the people who need to rely on it and pay for it, now and into the future. The fact that Pallone can’t see this is beyond disturbing. It’s absolutely insane, Save Jerseyans!

If you don’t believe me, ask someone at Moody’s going all the way back to 2000. 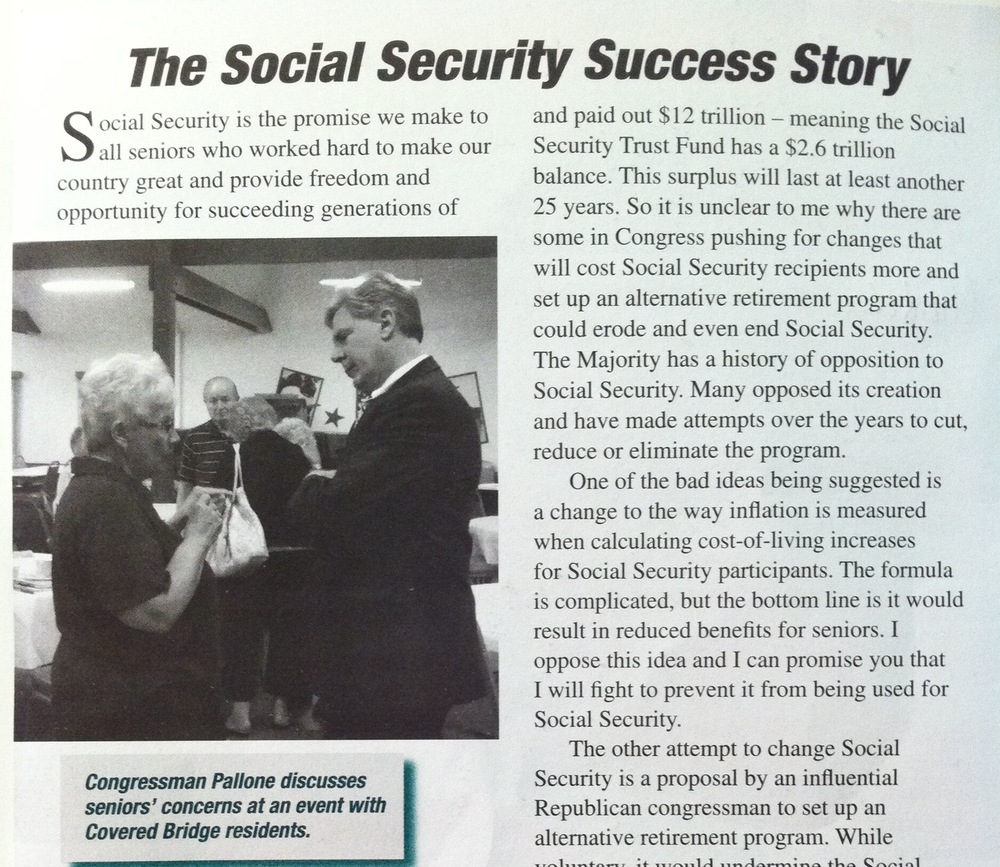