Did Justice Roberts Save Us From Future Lawyers with His ObamaCare Vote?

Conservatives are understandably upset by what happened yesterday at the Supreme Court. Conventional wisdom was that the 5-4 decision would fall on the shoulders of Justice Kennedy and that he would likely side with the more conservative members of the court to strike down ObamaCare’s individual mandate as unconstitutional.

Well, most of that was correct. Kennedy did side with the most conservative Justices on the court, Scalia, Thomas, and Alito. The four Justices struck down not only the individual mandate in their dissenting opinion, but they actually disputed the constitutionality of the entire bill as well. This dissent went much further than anyone believed that it would.

Instead, Chief Justice Roberts, who many would not have questioned before this morning, sided with the more liberal members of the Court and upheld ObamaCare as constitutional.

While ObamaCare has now been declared constitutional, it is not constitutional on the grounds that the Democrats and liberals have been arguing for the last two years.

Since before its passage, the Democrats, including President Obama, have been arguing that the Act would be constitutional on its face under Congress’ Commerce Clause power. Under Article I, Section 8, Congress shall have the power

To regulate Commerce with foreign Nations, and among the several States, and with the Indian Tribes;

From this provision, Congress received the power to regulate interstate commerce, or trade and business that crosses state lines. Since the late 1930s when the Court stopped caring about economic freedom and the right of individuals to contract the way that they see fit (known as the Lochner Era), the Court has consistently broadened powers under the Commerce Clause to include not only actual commerce, but also the means of commerce (how you pay for things), channels of commerce (phone or internet communications even within a single state) and some non-economic activity, such as farmers growing too much food for their own families. 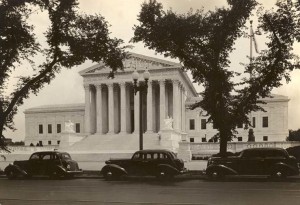 The Commerce Clause was beginning to get out of hand. Every constitutional power has its limits, and ObamaCare clearly breached that limit. However, if the court has continued on its current trend and not put its foot down, then what would have happened?

Simple: ObamaCare could have been found constitutional based on the Commerce Clause, and as a result the federal government could force you to buy anything it wanted just based on the fact that you are alive. The power would essentially be limitless. That power already belongs to the states individually (it is called the Police Power), but never in our history has it been given to Washington as a central planner.

Thankfully, that did not happen.

Instead the majority opinion, written by Chief Justice Roberts himself, upheld the law based on the taxing power. Essentially, everyone’s taxes are going to go up in 2014 by some amount proscribed in the law. If you prove that you have health insurance, your taxes will be credited for that amount. We all go through this every year when we do our taxes. We get certain credits based on certain activities that the government wants us to do. Like buying an electric car, or having qualified education expenses, or owning a home, or being married.

However, this only works if taxes for everyone are raised. Therefore, under this ruling, ObamaCare is officially a $500 billion tax increase on the poor and middle class families. The only way to make your taxes go down is to do what the government wants, which is have health insurance.

This is perfectly legal and constitutional. Justice Roberts made a point in his opinion to point out that it is not the Court’s job to rule on whether a taxing scheme is a good idea, only whether it is constitutional. He technically decided correctly.

So by now you must be wondering “Brian, you are an idiot, how in the Hell does this mean that Justice Roberts saved us?” Calm down, I am getting there.

There is an obvious political implication to this decision which I believe will only fire up the GOP base and help Mitt Romney. But honestly, that is a small deal compared with what I first thought when I read the news reports yesterday morning.

Throughout Supreme Court history dissents matter. While they are only considered to be persuasive authority when arguing before a court, they are important none the less. Dissents sometimes show the direction of where the court is likely to go in the future by laying out arguments that seem outlandish at the time, but that future lawyers and judges (usually on the left) will seize upon to reshape the American legal and political landscape.

In siding with the left wing majority in the ObamaCare ruling, Justice Roberts appointed himself to write the final opinion. This is crucially significant.

Can you imagine if Justice Ginsburg had written it? Or Justice Kagan? That opinion (which would have been dissenting) would have been riddled with liberal nonsense and arguments for the expansion of federal power to limitless levels. It would have made the Commerce Clause the source of all Congressional power, rendering other defined powers under Article I superfluous at best:

Reading that hypothetical dissent, we would have been begging for a voice of moderation and sense to keep the language tempered and the arguments sane. Oh wait . . .The Constitution grants Congress the power to ‘regulate Commerce.’ The power to regulate commerce presupposes the existence of commercial activity to be regulated. If the power to “regulate” something included the power to create it, many of the provisions in the Constitution would be superfluous.

That is exactly what Chief Justice Roberts did. 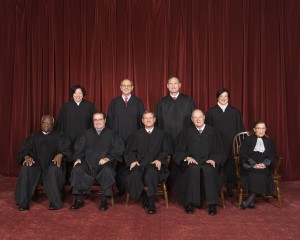 By writing the opinion and convincing his more liberal colleagues that ObamaCare could be funded under the taxing power, Roberts spared us the future torment of left wing lawyers indoctrinated at left wing law schools from approaching the Supreme Court bench and finding precedent for Commerce Clause expansion in a July 28, 2012 dissent.

Roberts affirmed what was really always true to begin with. Congress could do this under the taxing power. However, it is far easier to repeal a tax, and far more politically costly to institute one, than simply to ram something down our throats in the name of commercial regulation. His majority opinion stopped what could have been a future taking of our liberty, however far down the road it may have occurred.

Instead of trashing Justice Roberts, lets take what he has given us and run with it. Our liberty under a limited Commerce Clause is, and will remain, preserved with no precedent there to expand it in the future. We now have a President whose biggest domestic achievement was raising taxes on every American citizen to pay for other people’s health insurance all while slashing medicare funding for seniors. And he is proud of it!

Justice Roberts essentially kicked this issue back into the political realm, where we as voters and taxpayers have the most control. There is a Republican House and a potential for a Republican Senate and White House. Time to kick into gear and make it happen so the repeal and replacement for healthcare reform can come in January 2013.

11 thoughts on “Did Justice Roberts Save Us From Future Lawyers with His ObamaCare Vote?”