Save Rutgers: How I Would Change the Rut-Row Bill, Part I 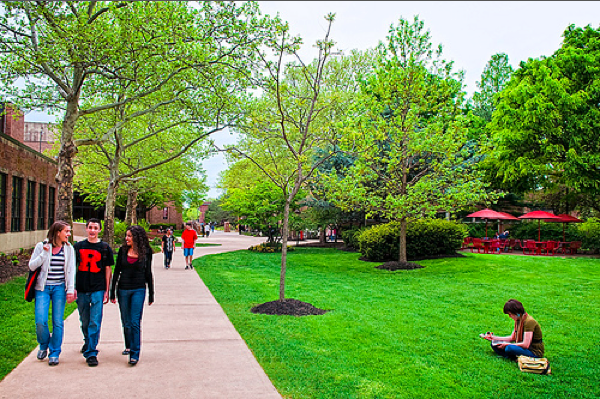 Last week we saw the introduction of the first merger proposal in writing since the initial plan hit a brick wall made up of angry, protesting students. While the backlash on the bill has not been nearly as loud as the initial proposal (to be fair, school is out for the summer and a lot of people have gone home), the skeptics remain. 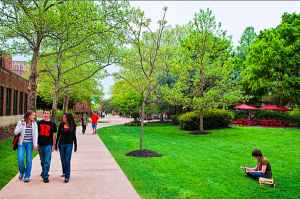 The fact is that the compromise bill was hardly a compromise at all. Other than maintaining the Rutgers Camden name on all the buildings in of the Camden campus, the takeover is still happening. The only difference is that now, Rowan is being taken over too.

As I explained at length in my bill analysis, both Rowan and Rutgers Camden would, under this bill, fall to the control of a “Joint Rowan-Rutgers Board” that currently does not exist. This board would have the ability to veto any decisions made by the individual boards that would theoretically run the two “separate” schools and would of course make decisions on their behalf when necessary. The idea is fishy, seems redundant, and has no logical relationship with the stated goal, which is purportedly to strengthen higher education in southern New Jersey.

There need to be changes to this bill, because as it stands, it is unacceptable.

Apparently, I am not the only person who thinks so. The faculty and staff of Rowan University, the schools that often seems to be left out of the discussions in this issue, may be finally ready to speak out. According to Bob Ingle, the Rowan employees are preparing to release a statement opposing the plan.

The Rowan University Senate President has already released such a statement:

If the politicians truly want to increase collaboration between Rowan and Rutgers-Camden, the Rowan University Senate proposes alternatives that could produce the intended results: Instead of a joint board, two ex-officios from Rowan could serve on the Rutgers-Camden board of trustees and two ex-officios from Rutgers-Camden could serve on Rowan’s board. This would encourage the desired collaboration between the universities. Additionally, a liaison officer could be appointed and funded jointly by Rutgers-Camden and Rowan. This person would be responsible for finding ways for the two universities to coordinate efforts.  Moreover, the growth of programs and curricula will not happen at the Board level, it will only happen by efforts of the faculty of both Universities working together and such a liaison officer could assist those efforts.

Likewise, the Rowan University Senate will discuss supporting the recent resolution set forth by the Rutgers boards of governors and trustees in their “Principles Regarding Higher Education Restructuring” that stipulates both Rowan and Rutgers-Camden must retain their “independence and autonomy.”

Here is the way that I see it. Some sort of plan is going to happen, something will pass the legislature this year and there will be changes made to Rutgers Camden and Rowan University.

However, it does not need to be this bill word for word. So here is my first proposal to change the Rut-Row bill before our legislature goes on to make a big mistake. Some of you will probably criticize me for not just saying the whole thing needs to go and maintain the status quo. As I said, that is not even an option at this point. The suggestions in this series will be my attempt at constructive criticism and a productive push forward to protect Rutgers Camden.

Part I: A Power Swap Between the Boards

There is nothing wrong with a collaborative board that oversees joint programs between Rowan and Rutgers Camden (whether they pertain to the new medical school or other areas of higher education). Let a combined board handle all of those programs and set the standards and practices for their successful operation. That being said, there is absolutely zero reason for a joint board to have control over both universities which are fully capable of running themselves autonomously.

The joint board will be an extra layer of cost and bureaucracy, adding nothing to the educational experience or success of either institution. In its current form, the board is nothing short of a power grab by those who had an interest in this merger from the beginning and a back door attempt at meeting their personal goals.

But I say let them have it, under one condition of course. The roles must be reversed. The two independent Rowan and Rutgers Camden Boards should have total control over the Joint Board. The Joint Board’s sole responsibility should be collaborative programs between the two universities that would exist solely to further the goal of strengthening higher education. However, any decision made by the Joint Board should be subject to review and veto of the individual schools.

Allowing the existence of the Joint Board will bolster the idea that Cooper Medical is at least loosely related to a true public research institution as the new school gets its bearings in the crowded medical community in our region. Keeping the Joint Board’s power to a minimum will allow those involved to actually focus their efforts on creating high quality collaboration between the schools, rather than dealing with the day-to-day operational issues that the respective Rowan and Rutgers Camden Boards can surely handle on their own, and would arguably be better suited to.

In the coming weeks I will be tackling some of the other big, glaring issues lurking in the black and white text of the Rut-Row Bill. Stay tuned and be sure to leave suggestions in the comments below.

5 thoughts on “Save Rutgers: How I Would Change the Rut-Row Bill, Part I”