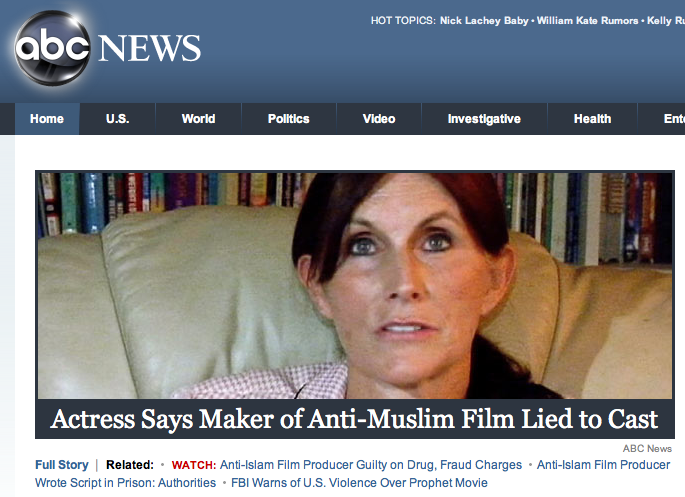 It’s true that no U.S. President has secured reelection since World War II with unemployment at or above 8%.

Couple this fact with the reality that America is weaker and less-secure abroad than even just four short years ago, and it’s extremely hard for anyone with a half of a functional brain to believe President Obama deserves a second bite at the executive apple. Yet somehow, polling continues to show this race as a toss-up (at best) or a lean-Obama (at worst) heading into the final, all-important 7-week sprint.

Are there millions of Americans wandering the streets missing a neocortex?

I’m no scientist, Save Jerseyans, but I’m also reasonably sure that the disturbing disconnect between this President’s amazingly poor performance and his persistent popularity with an electoral majority lacks a biological explanation. The true culprit is a manmade cocktail of economic ignorance, entitlement greed, intellectual laziness, and yes, media bias.

Federal authorities have identified Nakoula, a self-described Coptic Christian, as the key figure behind “Innocence of Muslims,” a film denigrating Islam and the Prophet Muhammad that ignited mob violence against U.S. embassies across the Middle East. A federal law enforcement official told The Associated Press on Thursday that authorities had connected Nakoula to a man using the pseudonym of Sam Bacile who claimed earlier to be writer and director of the film. [Emphasis Added.]

You may not have even caught it had I not emphasized it, Save Jerseyans. You’re so used to being lied to!Rather than take a critical look at the sitting administration’s policies and actions (as you’d expect an objective, truth-driven media to do), the mainstream media is pretending that FREE SPEECH is the sole reason why dozens of American embassies are under assault as of this writing and a group of exceptional American servants are dead, including the first U.S. ambassador to be murdered since 1979. They’ve simply ACCEPTED that the newsworthy story here is a radical film and its director rather than the complete collapse of the Obama Administration’s foreign policy.

Let’s use OUR neocortexes for a moment. Thousands of objectively offensive videos go up on YouTube every day, folks. How many of those videos’ producers end up under federal investigation? Particularly when the video in question is relatively obscure… and several high-level foreign policy sources insist that the U.S. ignored warnings of a coordinated al-Qaeda attack (in other words, the “offensive film” angle may’ve simply been cover for plotting terrorists). Christians certainly don’t riot whenever an artist paints the Virgin Mary in feces, and Moscow doesn’t go up in flames whenever Hollywood produces a movie where the Russians are portrayed as bad guys. No, we’re running up against a caveman culture with more radical governments than four years ago as Obama cheered-on the Arab “Spring.” And we can’t cut them off, of course, because this President killed the Keystone Pipeline and continues to thwart energy independence.

Where is the media on any of these points? Leading up to last week’s attacks, Barack Obama made it a habit to skip intelligence meetings. It’s documented. God knows the NYT is still questioning George Bush’s culpability for 9/11, but virtually no voices from any TV networks or major newspapers have said peep about the backstory to our ambassador’s brutal slaying and ongoing global unrest. Why are the networks and mainstream outlets working overtime to put the emphasis on Mitt Romney’s justified criticism and a stupid online flick instead of where it unambiguously belongs: a Middle East that’s less safe and more radical than it was four years ago despite President Obama’s campaign promise that his election would end Muslim hostility towards the United States?

I simply refuse to believe that all of these people are stupid, so I have to assume that they’re biased beyond all hope of redemption.  We’ve got audio of them talking about ambushing Mitt Romney at a presser, for God’s sake! So, until the new media gains complete parity with the old media, conservatives going to have expect that an objective failure like Obama can stay competitive nationally with the help of an increasingly brazen liberal media establishment… and more than a few lazy neocortexes?

God save the Republic…

5 thoughts on “The Media is Saving Obama’s Presidency”