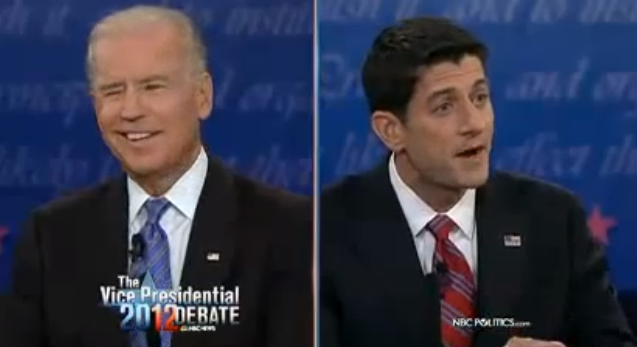 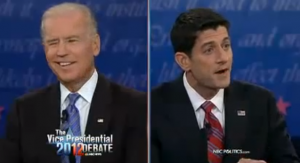 Deflated Obama backers concocted a variety of exotic excuses for last week’s epic Romney debate victory. They blamed the moderator, the format, the opponent, the sparring partner… and yes, the altitude.

But ultimately, my dear Save Jerseyans, it was clear enough to the 70 million American who watched the President’s public implosion that he just didn’t feel like debating. Barack Obama wasn’t interested in justifying his policies because he doesn’t feel he should have to explain himself. This is the most arrogant administration in American history; the zero disclosure, media-protected, hyper-partisan, “we have to pass a bill then you’ll know what’s in it” presidency. It showed last Wednesday, and the result was devastating for the Democrat ticket.

That’s why I wasn’t very surprised to see the same stupefying arrogance from Obama’s #2 during last night’s vice presidential debate. Only this time, it took a less passive form. Joe Biden uncontrollably laughed, smirked and sneered (the RNC counted 82 times) his way through what was supposed to be a respectful discussion of objectively serious topics including, but not limited to, Iran’s nuclear program, historic unemployment, and the events surrounding the death of a U.S. ambassador.

It was weird. It was un-vice presidential. It was… not very endearing. And at the end of the day, ever since the infamous Nixon v. Kennedy clash in 1960, televised debates have served as opportunities for voters to compare “apples to apples” and see whom they “like” more. Americans aren’t ideological, and while they appreciate a healthy level of confidence (how else can you explain Chris Christie’s popularity?), they won’t abide obnoxious audacity unsupported by results (and particularly when it’s designed to mask a dearth of substance).

For that reason and a few others, early indicators point to a Ryan win. We’re not laughing, Mr. Vice President. Our country is grappling with a growing list of crisises both foreign and domestic. Your lies and failures are bad enough on their own; if you and the President can’t summon the requisite level of decency and respect for a productive national debate, then please do us all a favor and take a walk before the election. This country deserves better than what we saw last night.