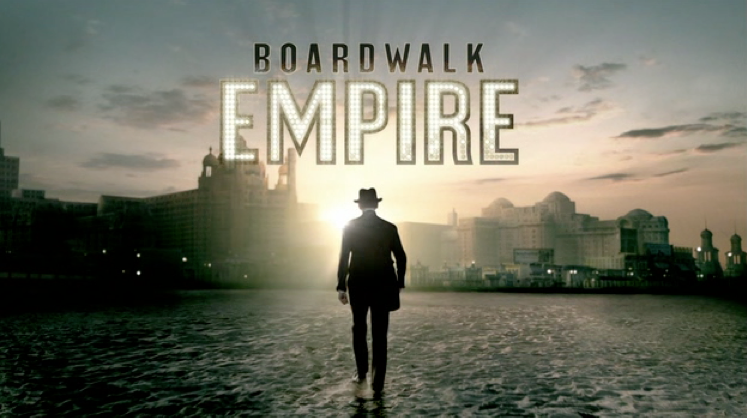 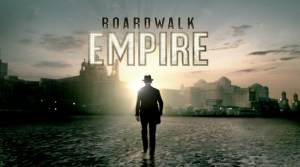 Things are getting a little rough at the Boardwalk, Save Jerseyans.

Each of the primary Boardwalk Empire characters took one step closer to the edge of the abyss in episode 4 of the 3rd season, “Meeting Masseria,” and an all-out mob war appears imminent. Nucky’s back is up against the wall (again).

Will he engineer another come from behind win –again — a la Andrew Luck against the Packers?

Or fall fatally short (a la Peyton Manning vs. New England)? Fault lines are opening up on all sides of the Boardwalk Emperor…

Spoilers below the fold…

The major storyline this week featured, of course, Nucky’s relationship with the combustible Gyp Rosetti. It was clear enough at the end of last week’s episode that Nucky’s best attempt at conciliation had failed; Gyp would refuse to relinquish his hold on the Tabor Heights fueling station that’s crucial to Nucky’s liquor distribution alliance with Jewish mob boss Arnold Rothstein based in New York City. 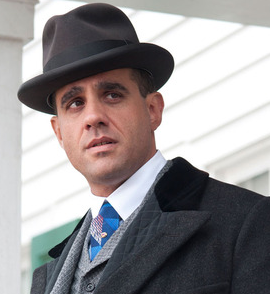 Rosetti took things a step further on Sunday night by paying off the “new” sheriff of Tabor Heights (remember: he “ignited” the last one) and ambushed a booze convoy. It was the first blood spilled in what surely looks to be a building mob war; it’s also certainly an additional strain on the Thompson/Rothstein business relationship. Will Rothstein back up Nucky? Or will he cut his losses and forge a new arrangement with Rosetti? I’m sure we’ll learn more next Sunday night…

Not everyone is turning on Nucky. His brother Eli Thompson, rebuffed by Nucky earlier in the episode and told “your just going to prison was the last gift I’ll ever give you,” tried to warn the hapless Mickey Doyle that an ambush was likely, even riding ahead to confirm his fears and attempting to wave the convoy off the road before machine gun fire commenced. It ultimately fell to Eli to tell a physically and emotionally exhausted Nucky that the worst had happened.

Why was Nucky wiped? While Rosetti’s men attacked his convoy, Nucky and Owen were stuck in a dank, dark and flooded basement with a teenage thief responsible for previously stealing a hefty amount of Nucky’s liquor. They were hiding from federal agents (one of whom was on Waxy Gordon’s payroll) who spent a full 24 hours requisitioning the bootleg contraband and sweeping the Pine Barrens hideout house for hidden liquor stores. The spunky and resourceful teenage robber appears to charm Nucky but, just when Owen thinks the kid will be a new Thompson hire, Nucky unexpectedly blows his brains out at close range. Nucky has clearly come a long way (or fallen pretty far, if you prefer) since his quasi-gangster days when this kid might’ve been taken under his wing (like the late Jimmy Darmody). He’s all in now, folks, and he clearly intended to make the youth an example to Owen for questioning his judgment earlier in the episode. Tony Soprano once killed a young gun, too, as the parallels between the two HBO hits (pun intended) become more pronounced. The Boardwalk Emperor is farther from redemption than ever before. 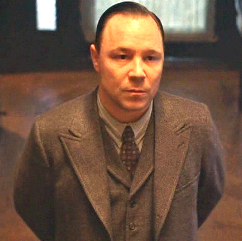 Meanwhile, out in Chicago, a comparatively “compassionate” Al Capone is frustrated when other children beat up his young, deaf son at school. Al subsequently tried to teach him self defense but without much success. Already rubbed raw by this experience, Al loses his cool when a rival gang’s enforcer beats up (and teases) one of Al’s less impressive associated while attempting to collect protection money at a bar. Al’s exact response? He takes out his pent-up rage on this “bully” with a bar stool.

You won’t find THAT in the new state anti-bullying law, Save Jerseyans!

Finally, Margaret Thompson is throwing herself into her work setting up a women’s clinic at the hospital. This particular plot didn’t advance too far, other than to inject some “period context” into the story and set up a possible new extramarital love interest for Nucky’s spurned bride (the snarky young doctor who catalyzed Margaret’s interest in the new clinic).

The episode ended with Al Capone sweetly playing the 20’s song “My Buddy” for his deaf son (the boy holds his father’s voice box to understand – real tearjerker fodder!) and, with the same song in the background, Nucky and Eli having a candid boardwalk chat…. laying the groundwork for a reunification?

Judging by this week’s events, Nucky is going to need every ally that he can get his hands on.