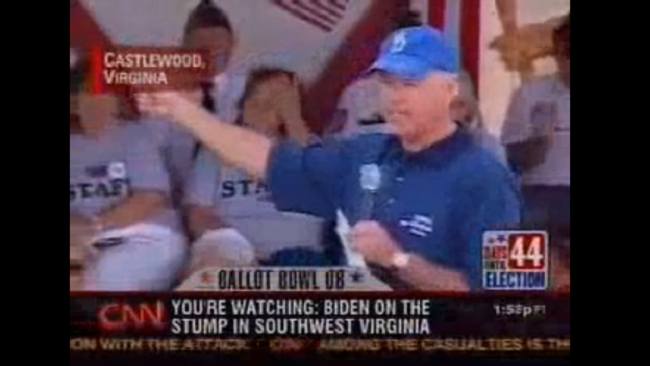 Few folks have walked the planet who are less genuine/sincere/honest than Vice President Joe Biden, Save Jerseyans.

The latest example: Biden had sponsored an assault weapons ban in the 1990’s and, following the Newtown massacre, has been tapped by President Obama to spearhead a formal reconsideration of federal gun control regulations.

But how does Biden feel about the 2nd Amendment when he trolling for votes in pro-Second Amendment territory? An old clip from the ’08 campaign trail tells all:

For those who don’t know, “Beretta” is an Italian brand famous for its semi-automatic pistols and other assorted weapons including Uncle Joe’s shotguns referenced in the video above; one of Beretta’s pistols, the “92,” is used by the U.S. military. Not “assault weapons” per se, but certainly dangerous weapons in the wrong hands.