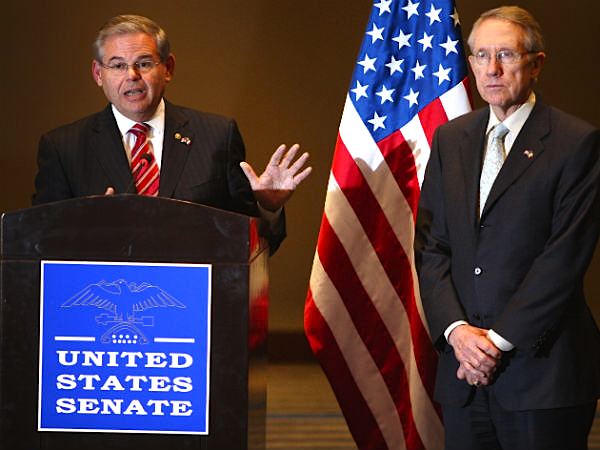 Reid Backs Menendez Amid Mounting Allegations. But What is Reid’s Word Really Worth? Not Much… 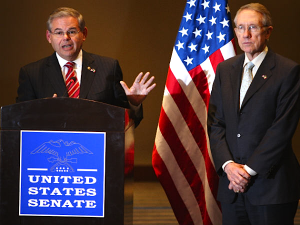 “I have confidence he did nothing wrong,” concluded the Nevada liberal. “But that’s what investigations are all about.”

That’s nice. And to be completely fair, we don’t yet know whether Menendez did anything legally improper. But you need to consider the source when Harry Reid weighs in, Save Jerseyans.

This is the same jerk who blatantly lied about Mitt Romney by falsely claiming “you do pretty well if you don’t pay taxes for 10 years when you’re making millions and millions of dollars,” a false charge which he would nevertheless repeat several times through the 2012 election cycle without any basis in fact. Politifact later issued a “pants on fire” rating for Reid’s lie, but as Churchill famously observed, “[a] lie gets halfway around the world before the truth has a chance to get its pants on.” The damage was done.

That’s just the beginning of Harry Reid’s problems with the truth, folks. Pick a policy debate and I’ll give you a whopper quote from the current Senate President. And we haven’t even gotten to the outstanding questions concerning Reid’s own income.

Everyone in this country is innocent until proven guilty. Just don’t take Harry Reid’s character pronouncements under consideration!