Your “Rights” Under a Liberal Regime Boil Down to Two Inescapable Institutions: Death and Taxes 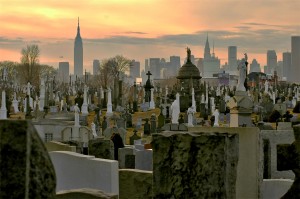 The current language would permit New Jersey adults with only 6-months to live due to a diagnosed terminal disease to kill themselves with medication. Grizzly stuff, huh? Remind me never to cough or look ill around Assemblyman Burzichelli!

But he’s not alone on this one. Liberals generally support assisted suicide. Speaker Sheila Oliver hasn’t decided whether to schedule a vote for Burzichelli’s measure, but Senate President Steve Sweeney reportedly “supports the bill in concept.” Expect movement on A3328 or its companion bill, folks.

Let’s set aside the morality debate for the time being. Those who don’t value human life for one reason or another aren’t likely to be moved by one blog post. What jumps out at me is the increasingly schizophrenic Democrat definition of “rights.”

Unlike conservatives, liberals don’t usually believe in “natural rights.” They view liberty as a legal construct rather than a grant from God/nature. And since your liberties derive from government in the liberal worldview, a “right” can consequently be seized/modified/tweaked by government at will or by popular vote.

Pick up a newspaper for all the proof you’ll need.

You have a right to bear arms… if you’re the president, and the “arms” at issue are drones. You also have a right to live… if your mother is OK with it. Free speech? Sure, provided your media outlet espouses a liberal POV, or watch out for the Fairness Doctrine. Property rights? Fine, unless the government wants it for a tangentially public reason (see Kelo) or needs to redistribute it for politically-motivated social engineering (FDR through present).

Are you getting the picture? The key point is that for a liberal, your American “rights” are really “licenses” granted only when they don’t conflict with the governing regime’s agenda. The Bill of Rights is purely aspirational, and the Constitution is largely non-binding since it’s constantly “evolving.” A very convenient fiction in light of what I’ve explained! In fact, after the ObamaCare decision last summer, the government can literally make you buy ANYTHING under the sun provided it’s couched as a “tax.”

Never forget that you have only two “inalienable rights” under Democrat rule: (1) the right to pay taxes, and (2) the right to die — naturally or by your own hands. Or in the trigger sights drone for that matter!

Yes, we’ve certainly journeyed a long way from “Life, Liberty and the Pursuit of Happiness,” Save Jerseyans. That’s not a good thing.

2 thoughts on “Your Rights to Pay and Die”