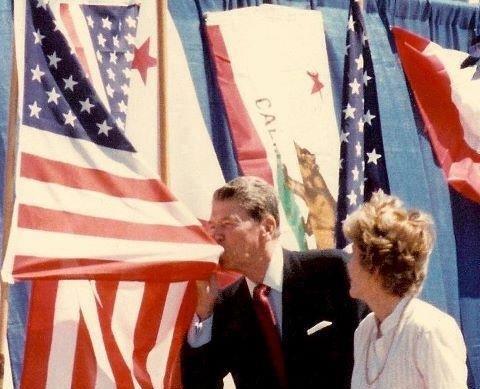 By Christopher Canarelli | The Save Jersey Blog 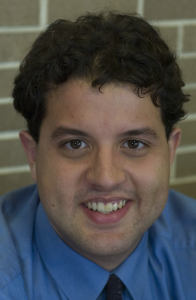 In my first piece for Save Jersey, I want to touch on where we are, as a party, and where we need to go to be successful in future elections, not only in New Jersey, but throughout the United States.

Republicans and Conservatives alike had to swallow a pretty tough pill in 2012, as Mitt Romney’s loss in the presidential election has made four more years of Barack Obama inevitable. In light of the events of November, future prospects for many seem grim, but fear not, my fellow Conservatives and Republicans, there is a light at the end of the tunnel and I am more than happy to show you the way.

As we pick up the pieces and prepare for the next battle, my strategy is threefold: uniting Republican voters, providing a continual education as to why the Republican and Conservative ideology is superior to the ideology of Democrats and finding the best candidate who can most intelligently articulate the party’s message.

When looking at the other side, Democrats speak in a unified voice and have been successful at this since the advent of the 24/7 news cycle during the Clinton Administration. Republicans, on the other hand, have faltered, either taking voters for granted or not clearly articulating their message to voters who would clearly be Republican voters. When analyzing the past two presidential cycles, arguments can be made that many in the conservative base did not feel that the Republican ticket spoke for them, therefore, they stayed home.

Counties in the I-75 Corridor of Central Florida and Southern Ohio that consistently vote Republican did not come out en masse, and had those counties gained more Republican votes, especially in Florida where Barack Obama won by .8%, they could have very well made those states red. There is a price to focusing more in the independent vote than shoring up the base, and Mitt Romney paid the price, while Barack Obama reaped the benefits from getting his base to the polls, repeating the 2008 turnout.

In addition to shoring up their base, Republicans must also be sure to gain new voters and it can start with gaining voters from Generation X. This generation, my generation, which has been in the working world for at least 15 years, including college, has already been tested by a seminal event: the terrorist attacks of September 11, 2001.

Having been confronted with this event so early on in their professional lives were forced to step up, and while not yet directly referred to it by the media, are transitioning into becoming the “9-11 Generation,” as they are standing up to protect and defend the United States of America from those who wish to do us harm, in a similar fashion done by relatives before them in the Greatest Generation. With the re-election of Barack Obama, we must realize that while the destruction of the United States can also take place in one fell swoop, similar to September 11, it can also be done from the inside as we spend ourselves to death and break ourselves up into small self-interest groups; forgetting about our common bonds that define us as Americans.

The 9-11 Generation has lived the acts of protecting and defending the United States; now comes the time where they must step up to support the Republican Party, even campaign themselves as Republicans, so that protection and defense and lead to a long term prosperity and progress of and within the United States.

Republicans and Conservatives must also realize that in articulating the party’s superior ideology is a constant and continual educational process. We must not stop with the 9-11 Generation in gaining new voters; we must continue the process to educate subsequent generations, specifically Millennials, as to why it’s in their best interest to vote Republican. As in education, the teacher must speak the language and connect their message to their students’ lives to reach them; Republicans in the 9-11 Generation and older must speak the language of the Millennials to reach them. This includes an increase in electronic communication, as well as Social Media.

Barack Obama mastered this medium in 2008 and 2012, while Republicans lagged behind. They still have not received the message that we are in a new age and to reach new voters, new mediums must be utilized. Furthermore, Republicans must teach the Millennials not to rely on anyone to do for them, especially government, but for them to do for themselves. This definitely holds true at a time where government is not doing anything to allow for job creation for Millennials, who are at the start of their professional lives.

In choosing a candidate to represent Republican and Conservative ideals, we, as a party, regardless of generation, must remember to select the most intelligent candidate who is most able to unapologetically articulate conservatism, while at the same time holding Democrats accountable and practicing effective media savvy. To select the most intelligent and articulate candidates may go a long way in preventing the mistakes of 2010 and 2012 we selected to seek political office. We as a party must also realize that the successful candidate does not apologize for the Republican Party, as doing so accepts many a false premise put out by the left and puts our party’s candidate on the defensive.

Furthermore, it makes them vulnerable to media attacks, which will occur, especially when the Democrats see that candidate as a threat to their power. In staying on the offense, that Republican candidate must also not be afraid to call out the Democrats for what they are. As we look down the list for candidates who may seek higher office, there are many Republicans and Conservatives who fit this bill, so fear and worry at this time is not necessary.

We are at a crossroads in 2013, Save Jerseyans, and let us all learn from our missteps of the past so we may walk together in the future and see not only a resurgence in progress in the Republican Party, but a new era of prosperity in the United States!