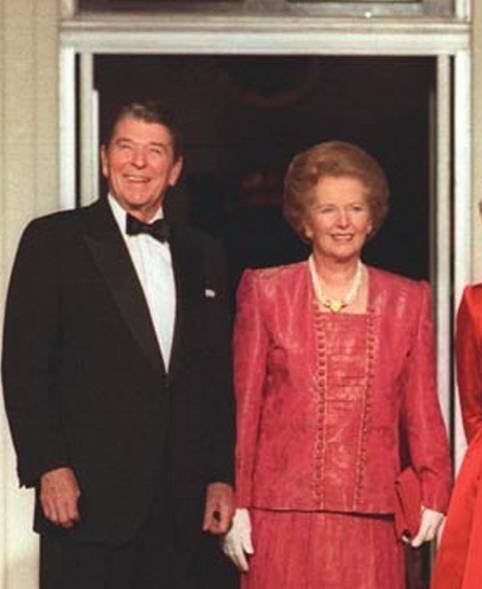 ‘Iron Lady’ Succumbs to Stroke at 87

Along with Ronald Reagan and John Paul II, she remains one of the most iconic Western leaders of the Cold War era. The world is a freer place today because of her work, and although the notoriously tough politician remains controversial in her home country, her championing of conservative economics undoubtedly helped pull her country out of its mid-century malaise. It was Thatcher who said “[t]he trouble with socialism is that eventually you run out of other people’s money.” How we long for such moral clarity in this day and age!

I had the pleasure of briefly meeting her back around 2006 in Washington, D.C. during my time interning at The Heritage Foundation. I won’t have the pleasure of meeting anyone like her again anytime soon because, as the saying goes, they truly broke the mold making her. May God bless and keep you, Iron Lady!

4 thoughts on “Margaret Thatcher Passes Away”