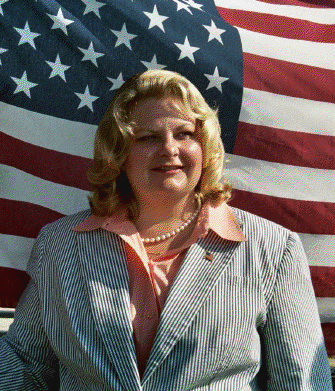 In my efforts to introduce candidates to the voting public, Save Jerseyans, I started a weekly column called Meet the Candidates. In essence, it is a past day stump speech updated for the virtual world.

For this week’s column, I am honored to introduce to you State Senate Candidate Leigh-Ann Bellew. Bellew is running against Republican incumbent Joe Kyrillos to represent the 13th Legislative District. An alumnus of the University of North Texas, Bellew studied American History and the U.S. Constitution. My dad currently lives in Texas and if I have learned anything from him it is “you do not mess with Texas.”

Leigh-Ann Bellew says she’s bringing that no-nonsense attitude to New Jersey while fighting for the preservation of Republican principles. We have reached out to Senator Kyrillos for an interview but have yet to hear back; we’ll bring you that interview if/when it happens (click here to hear Save Jersey’s 2012 Senate campaign discussion with Senator Kyrillos).

My interview with Candidate Bellew is below the fold…

Sanders: To you, what are your greatest legislative or personal accomplishments thus far?

Bellew: I’m grateful for the opportunity to put into action my core values and make a positive impact on people’s lives. For instance, on the life issue, I’ve been involved for more than 5 years now with a local, state-of-the-art, medically licensed Crisis Pregnancy and Health Center which serves women physically and emotionally. Knowing that the Center is saving lives and meeting the needs of under-served women is very important to me and I’m proud to be part of that effort.

As education is the key to securing Liberty and Prosperity, I became involved with M.O.M. for America, a national organization of mothers dedicated to educating citizens about the “first principles” on which America was founded. My work with M.O.M. for America afforded me many speaking opportunities at tri-state area organizations. I addressed subjects such as the Constitution and Bill of Rights, our Founding Fathers, the history of our country and our state, and the proper relationship between the federal government and the states. These are issues that matter deeply to many citizens across the country and New Jersey.

Serving as Vice President of the Board and National Spokesperson for M.O.M. allowed me to promote the protection of our Constitutional rights by interacting with national conservatives like Glen Beck and Michele Malkin, who was the keynote speaker at our National Banquet in 2010.

Sanders: How do you feel your current line of work will help you if you are elected Senator?

Bellew: Currently, I am a teacher at Calvary Christian School in Old Bridge, NJ. The variety of high school subjects I teach includes A.P. American History, Literature, Composition, and Comparative Worldviews. My college and post-collegiate education, which focused on History and Constitutional Law, gives me a unique perspective that I intend to bring to the NJ State Senate. Our state and country is at a cross roads, and it is time for a leader who has studied and understands our Constitution and our history, a leader who will fight for Liberty and Prosperity, which are taking so much fire from the left.

For instance, the 2nd Amendment is under attack right now on both the Federal and State level. It’s important to understand what James Madison intended when he wrote the 2nd Amendment. We often think of it simply as the right to own guns. But Madison, fresh from a costly war for freedom from tyranny, intended for Americans to have the right to protect themselves even from their own government, if necessary. We certainly hope that will never be necessary in the U.S., but in the very least, each citizen should have the right to protect oneself in his or her own home.

Sanders: For those who do not know, you are challenging fellow Republican Joseph Kyrillos in the primary. What do you feel are Senator Kyrillos’s biggest weaknesses as a Republican?

Bellew: My opponent has at least three major weaknesses as a Republican and as a State Senator. First, he has actually voted to increase taxes and debt on a number of occasions; those are not the votes of a conservative Republican. Second, he has failed to stand up for the 2nd Amendment rights of his constituents. Third, my opponent is double-minded and weak on the life issue.

Let’s start with taxes. In December of 1997, my opponent voted to double the tax rates on cigarettes and tobacco products. Not only did he vote for tax increases, but in 1998, he co-sponsored a bill to increase the gas tax. More recently, In January 2008, he supported a bill increasing fees and penalties related to handling explosives. Then in June 2009, he voted for a bill which, in part, allowed certain municipalities to put a tax on car rentals (source on taxes – PolitiFact). The last thing the citizens of Northern Monmouth County need is a State Senator who will vote to increase their already high taxes.

Most recently, in his failed campaign for the U.S. Senate in 2012, my opponent said he supported increasing taxes on the “wealthy” in order to raise revenues.

I will fight for tax relief, not tax increases. And I’m not afraid to make tough decisions about cutting spending.

My opponent has also failed the gun-owners of District 13. Let me explain. When given the chance to vote to repeal the Florio gun ban, what did he do? My opponent “abstained.” He hovered with the crowd, abdicating leadership. More recently, when asked in 2011 if he supports more restrictions on the purchase and possession of guns, he answered “yes.” As a card-carrying member of the NRA, I will fight to protect the 2nd Amendment rights of all NJ citizens.

Lastly, those who believe in the sanctity of life can’t trust my opponent. When asked during the 2012 debate for US Senate about his position on the life issue, he equivocated badly, saying, “I’m not exactly sure when exactly life begins. I’m pro-life in terms of how I conduct my own affairs. I’m pro-choice for society at large.” Those are my opponent’s own words. The citizens of District 13 don’t need someone who is “unsure” on the life issue, which is such a fundamental conservative issue. I can tell you that I will certainly vote to protect life every chance I get, and my own history of service to a local crisis pregnancy center is proof of it.

Sanders: If your constituents wanted to reach out to you and ask you questions about your positions or how to volunteer who can they reach out to?

Sanders: In a short statement please advise why your constituents should vote for you and what do you want to accomplish if you are elected Senator?

Bellew: In this primary election on June 4th, constituents have a very clear choice. They can vote for a weak, liberal Republican who has voted for tax increases, failed to stand up for their 2nd Amendment rights and admitted he does not believe in the right to life. True leadership is not equivocal, and is not afraid to take a stand, and so my opponent may have the title “State Senator,” but he’s not a true leader.

If you are a conservative Republican and you want someone to fight to lower your taxes, fight to protect your 2nd Amendment rights and battle to protect the unborn, then I’m your choice.

Now, let’s say the constituents of District 13 vote me in, what will I do? All of the above plus work to introduce legislation based on the Castle doctrine. This will prevent gun owners from being prosecuted for using deadly force on an intruder in their own homes. Right now in NJ, you can be prosecuted for protecting yourself with your own weapon in your own home from someone who intrudes, even if they point a gun at you. I will work to change the status quo.

On taxes, local education funding has become unbalanced and a primary reason for the unreasonable property taxes plaguing the taxpayers of NJ. I propose a constitutional amendment that will require the Legislature to calculate the total income tax revenue received by the state each year and divide that figure into that the total number of enrolled students in New Jersey. That way, every student, regardless of where they live, will receive the same amount of school aid from the State of New Jersey – about $7,500 per child.

If you are a candidate and interested in being a part of my weekly Meet the Candidates article, Save Jerseyans, email me at nikisands3@hotmail.com. Thanks for reading!