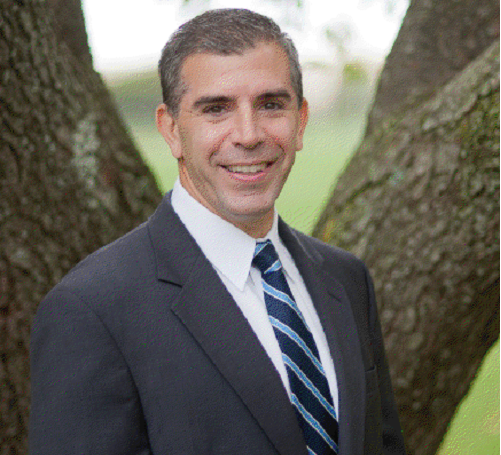 Meet the Candidates Series Continues, Week of May 5, 2013 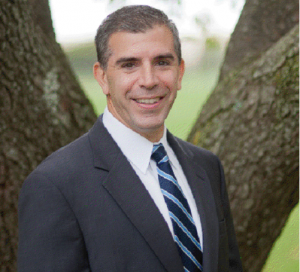 In my efforts to introduce candidates to the voting public, I started a weekly column called Meet the Candidates. In essence, it is a past day stump speech updated for the virtual world.

For this week’s column, I wanted to take you down to South Jersey and introduce to you the 5th District State Assembly Candidate, Dave Ragonese. Mr. Ragonese got his Bachelor of Arts in Political Science from Rutgers University then he went on to get his Juris Doctorate from Rutgers Camden School of Law and later received his Master of Laws in Trial Advocacy in from Temple University. Mr. Ragonese has experience in politics that dates back to 1990. That experience includes the Lead Counsel in Camden County for Christie for Governor and part of Governor Elect Chris Christie’s transition team on the Transportation Subcommittee. Currently Mr. Ragonese is employed by a prominent South Jersey law firm as a Litigation Associate.

The following is my interview with Candidate Ragonese:

Sanders: What makes you a more viable candidate in comparison to your Democratic challengers?

Ragonese: Since redistricting, the Fifth Legislative district has become more competitive for Republicans. In 2011, the first year after redistricting, the Republican candidate for Assembly lost by a little more than 4,000 votes. More than 100,000 registered voters did not bother to vote that year. In my view, those 100,000 were not inspired to vote. I believe an unapologetic and uncompromising defense of limited government will inspire more of those 100,000 to vote for me rather than for my opponents.

Sanders: Part of your district includes the City of Camden. It is no secret that Camden City is plagued with crime. To curb this behavior do you think there should be stricter gun laws? Why or why not?

Ragonese: I support stronger penalties for those found guilty of selling firearms to convicted criminals, hiring “straw purchasers,” and possessing guns and ammunition with plans to illegally transfer or traffic them. I also support periodic renewals of Firearm Purchaser Identification Cards.

Interstate cooperation is important to the detection and prevention of crime, so I would support an Interstate Compact to develop systems, practices, and procedures among states to share firearms-related information. I would also support amendments to NJSA 30:4-24.3, and thereby permit the confirmation, by the Administrative Office of the Courts to out-of-state agencies, of court orders submitted to National Instant Criminal Background Check System (NICS).

I do not support any further restrictions on magazine capacities. That is why I support Senate Bill 2735, which would loosen the State’s current 15-round magazine limit for the Marlin Model 60 rifle.

It is also important to note that since the decisions in District of Columbia v. Heller and McDonald v. City of Chicago, the United States Supreme Court has recognized that the Second Amendment protects an individual’s right to possess firearms, and that right is enforceable against State laws. As a result, I would oppose any further restrictions on the Constitutional right of law abiding citizens to keep and bear arms.

Sanders: How do you feel your current line of work or past experience will help you if you are elected to the Assembly?

Ragonese: I have been admitted as a practicing lawyer in this State since 1998. I have spent thousands of hours reading statutes, legislative history, and cases interpreting statutes. I have spent hundreds of hours in court rooms talking about statutes. These skills I have acquired as a lawyer translate effectively to that department of government charged with writing the laws.

Before entering the legal profession, I was a high school Spanish teacher at a local, catholic high school. I know, because I have seen first-hand, that private education can succeed despite the huge disparity in resources between it and public education. My experience as an educator leads me to conclude that the best approach to education is competition. Consequently, I support school choice.

Finally, I think my unique family experience will help me if I am elected to the Assembly. My parents were born in Argentina, which was governed by a socialist dictatorship that was democratically elected. Vocal opponents of the government were subject to prolonged arbitrary arrest, unfair trials, and sometimes, torture. My mother left that life behind to start a new one in this country. I was the beneficiary of her decision, and I think it was from her that I learned not only the power, but also the morality, of freedom. Her example will inform my approach as a legislator.

Ragonese: I will be voting “NO” on the ballot question seeking to amend the New Jersey Constitution to raise the minimum wage, and would urge all residents of the Fifth District to do the same. There are three compelling reasons to reject the proposed amendment:

First, I oppose the constitutionalization of something so specific as a minimum wage law. A constitution should be a broad framework for the organization and operation of government. The New Jersey Constitution is already too long, and this proposal will add to it. Also, as a practical matter, constitutionalizing the minimum wage restricts the flexibility necessary for the legislature to respond to changing economic conditions.

Second, the minimum wage is a job killer. It increases costs on employers, and the one currently
being proposed, builds in increased costs each year. Increased costs lead to lower productivity, fewer employees, employers setting up in more competitive states, and inflation. New Jersey will decrease it attractiveness to employers if this amendment is passed, and the only ones who will truly suffer the consequences are those who are looking for entry level work.

Finally, wage laws deny people their freedom. Those who provide jobs have a right to set the wages they are willing to pay. And those who decide they are willing to work for a certain wage–either because of their skill level, inexperience or desire to work rather than not work–have a right to do so. In a free society, the price of labor (i.e., wages) is determined in the same way as all other prices and as it should be: by the individual judgments and voluntary decisions of buyers and sellers.

Sanders: If your prospective constituents wanted to reach out to you and ask you questions about your positions or how to volunteer who can they reach out to?

Ragonese: Anyone interested in my campaign can e-mail me at dragonese1776@gmail.com.

Sanders: In a short statement, please advise why your constituents should vote for you and what do you want accomplish if you are elected?

Ragonese: The residents of New Jersey’s Fifth Legislative District should vote for me because less government, lower taxes and more freedom promise a better future than more government, higher taxes, and less freedom.

If I am elected, a piece of legislation I would like to propose and usher though to passage before my term were to expire would be to make the Open Public Records Act (OPRA) applicable to individual members of the General Assembly and Senate. There is no rational reason why local legislators, i.e. council members, should be subject to the statute while state legislators are not.