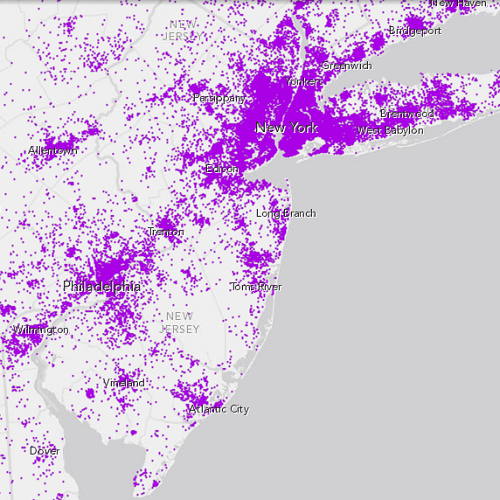 If you were still wondering why politicians invest heavily in Spanish-language advertising, Save Jerseyans, then here’s a stark answer from the U.S. Census Bureau.

They’ve launched a new interactive map which shows the distribution of languages in throughout the United States. Check out New Jersey to your right; each purple dot represents approximately 100 people.

Approximately 17.7% of New Jerseyans are classified as Hispanic according to the last census; that’s slightly higher than the national total of 16.3%. Roughly 6.4% of residents are believed to be illegal… is it any wonder why the ever-pandering Democrats want a Dream Act? The true wonder is how we’d pay for it.

Governor Christie launched his first Spanish-language ad of the 2013 campaign back in May and, more recently, a Paterson-based victory call center aimed at Hispanic voters.