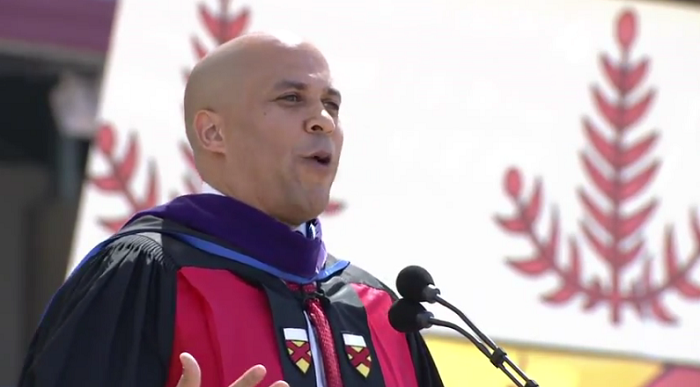 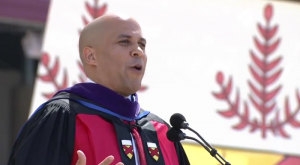 Cory Booker tells the tale of Wazn Miller’s murder as a set up to an important insight the mayor says his father shared with him in the aftermath of the incident—that the elder Booker, born in 1936 to a Black single mother, in poverty in a segregated community, had a better future than Black men born in 1996 (or 2006 depending on where and when the younger Booker told the story) have before them.

The news out of Newark of 10 murders in 10 days is a testament to the truth of that insight.  The recent news of violence in Asbury Park, Camden, Trenton, Chicago and Detroit further attests to the fact that young Black men today are more likely to end up dead or in jail than they are to become IBM executives residing in Harrington Park and, if they know their sons, witness them graduate from the most prestigious universities in the world, become mayor of a major U.S. city or serve in the United States Senate.

Cory Booker heard that insight from his father in 2004, before he became mayor.

Yet the well intentioned policies that Booker pursued in leading the city have failed.  They failed in Newark, as they have failed in Asbury Park, Camden, Trenton, Chicago and Detroit.  Young Black men are more likely to end up dead or in jail today than they were when Booker, and his father, were growing up.  The progress in racial equality that Booker’s father’s generation fought for, and Booker’s generation reaped the benefits of, has been replaced by a not so great society of despair.

As Booker says in his speeches, we’ve made a great deal of progress towards racial equality, that his father’s generation fought for, yet we’ve got so much further to go.  To the young Black men, and their families, in Newark, Asbury Park, Camden, Trenton, Chicago and Detroit, there is no where to go but failing schools, gangs, guns, death or jail.

The big government entitlement programs that reward single motherhood and social programs that encourage eugenics are not creating a brighter future.  There is no Hope in these programs.  The Change is not good.

8 thoughts on “A Problem of Philosophy, Not Heart”