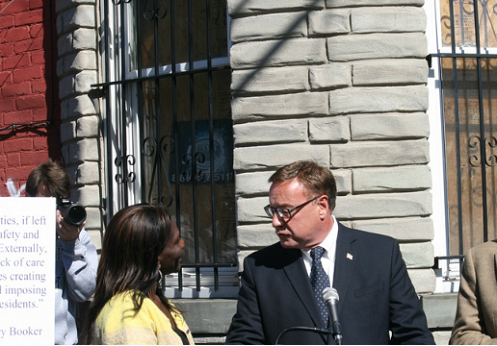 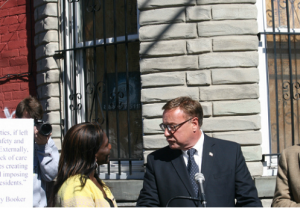 A group of perhaps a dozen Booker supporters made sure Lonegan wasn’t heard by the press, no matter how hard the reporters present struggled to hear what the former Bogota mayor had to say.

Lonegan called a press conference at 130 Court Street in Newark, a home that Booker bought for $175,000 in November of 2009 and left in a state of disrepair until he sold it to Newark Now, a non-profit Booker founded, in March of this year for $1.00  The Record reported last weekend that the home has been a neighborhood nuisance since Booker bought it.  The New York Post reported yesterday that squatters living in the home caused a fire last year.