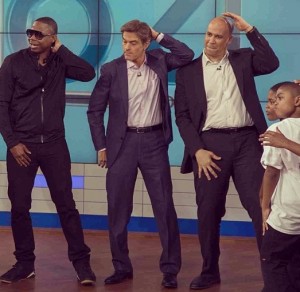 I never would have thought I’d have more respect for President Obama’s first Chief of Staff, Chicago Mayor Rahm Emanuel, than I have for Cory Booker.

The contrast of the two mayors actions in the face of murderous violence in their cities makes having a higher regard for Emanuel than Booker impossible.

Emanuel was scheduled to be in Jersey City tonight to rally the troops and raise money for Booker.  A late night shooting occurred in Chicago last night that left 13 people wounded, three in critical conditions, including a 3 year old.  Emanuel canceled his trip to New Jersey.  Booker, who was not even scheduled to be at the Jersey City rally because he left Newark for California to raise money for his U.S. Senate, called off Emanuel event which was also to have featured Jersey City Mayor Steve Fulop.

3 thoughts on “Rahm Bails On Booker”