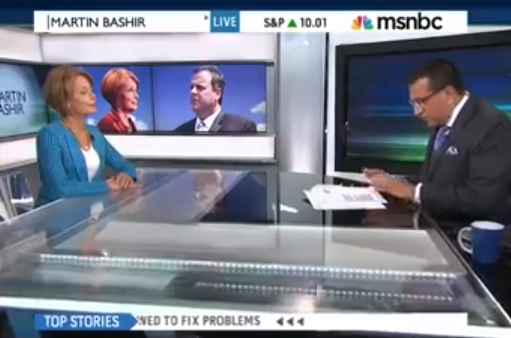 Barbara Buono (BWOH’-noh) is a mess, Save Jerseyans. There’s no sugarcoating it. She can’t even give a good interview on MSNBC when the network’s liberal interviewers bend over backwards to help her. Babs’s hyper-defensive posture and generally pukey personality are a big part of her problem.

MSNBC host Martin Bashir hosted Buono on Tuesday’s program and did his best to set her up; naturally, she fell flat on her face:

It’s still incredible to me how she can criticize Chris Christie on the tax issue; given her two decades-long tenure in Trenton, it’s not unlike a tobacco company spokesperson blaming an oncologist for cancer. Absurd!

Our latest polling average puts Chris Christie ahead of his Democrat challenger by 26-points.

2 thoughts on “Another Rough Buono Interview”