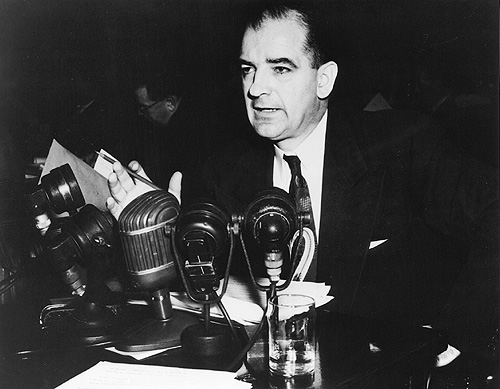 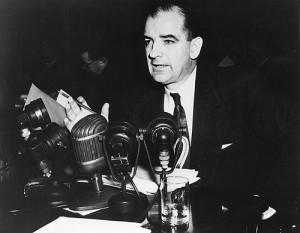 I know some of you who are going to hate Ted Cruz no matter what I say in his defense.

Likewise, many of you are going to love Ted Cruz and insist that he’s the only man for 2016 regardless of anything I could offer… until, of course, he does/says/thinks something unorthodox.

Like I’ve said many times over the past week: I’m done trying to preach the importance of GOP unity to people who’d rather fight than win and advance the cause. It’s exhausting.

My only request is that we try to get the facts right? Particularly where history is concerned?

Case in point: there was an opinion piece in Tuesday’s New York Times penned by John G. Taft (of the legendary GOP family based in Ohio) in which he echoes the liberal talking point that the Tea Party embodied by Sen. Cruz is actually a contemporary re-branding of McCarthyism.

Wow. Where to begin…

It’s a lazy analogy unworthy of a noted financial analyst, Save Jerseyans, particularly since serious scholars have since vindicated the substance of Senator Joe McCarthy’s life’s work despite his many personal failings. As it turns out, the vast majority of his allegations pertaining to communist infiltration and associate were 100% accurate. That won’t stop the media from repeating it, of course, but you’d expect better from a guy named Taft.

Taft’s criticism is therefore more than a little ironic. He’s essentially admitting that Cruz is right on the substance with his sloppy apples ‘n’ oranges comparison caked in counterproductive vitriol and elitist sentiment, but hey, you can’t get a NYT piece published as a Republican without taking a shot at your own, and from what I can tell on his website, Mr. Taft is trying to sell a book. Here’s hoping it worked for him.

Even the article’s title, including the phrase “true Republican,” is ironic insofar as Mr. Taft’s faction of the GOP frequently decries the Tea Party’s regrettable tendency to over-apply the “RINO” label.

Again, we can have a serious discussion concerning whether the shutdown made sense from a tactical point of view. Plenty of smart conservatives don’t think it did; I’m sympathetic to their argument despite my obvious sympathy for Mr. Cruz’s zeal.

But can we all at least stop behaving like petulant children and get the history right before opening our traps and engaging the conversation? How refreshing would that be for a change? And who knows, maybe if we tried it, our discussions might take a constructive turn for the better.

7 thoughts on “Haters Light On History”