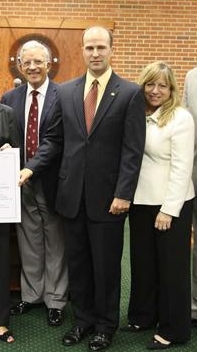 The suspension will cost A-Rod $25 million and very likely his induction to the Hall of Fame in Cooperstown.

No one from the Red Sox Nation, not even a fan, has called for the Yankees to be banned from playoff contention in 2014 due to A-Rod’s transgressions. No sports writer has suggested Derek Jeter is dirty because A-Rod cheated or called for asterisks to be placed next to Mariano Rivera’s records.

Too often in politics when a member of one team is accused or convicted or wrongdoing, the rivals attempt to paint the entire team as dirty.  Too often journalists hungry for content cooperate with the slander.

Thus is the case in Monmouth County were former Manalapan Mayor Andrew Lucas, a Republican, was indicted last week on charges of wire fraud, identity theft, bank fraud and providing false statements to the IRS and FBI.   A private equity manager, Lucas is accused of deploying a complex and fraudulent scheme to come up with the funds to purchase a farm in Manalapan which he then immediately tried to sell the development rights on to New Jersey’s Farmland Preservation Program.  The Farmland Preservation Program is funded by the state, county and municipal governments.