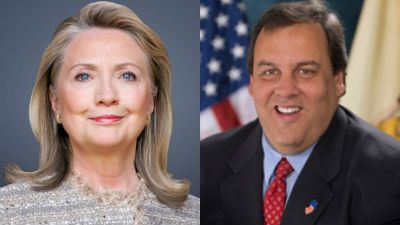 Hillary “Hilldawg” Clinton is on top of Governor Chris Christie in Ohio, Save Jerseyans, racking up a 49 – 36 percent lead in the latest Quinnipiac survey results released Thursday.

Here’s how the other contenders fared:

“The George Washington Bridge is not in Ohio, but voters there seem very aware of its traffic problems – and New Jersey Gov. Chris Christie’s traffic problems,” opined Peter Brown, assistant director of the Quinnipiac University Polling Institute. “When Quinnipiac University asked Ohioans in November about Gov. Christie vs. Secretary Hillary Clinton in a 2016 White House race, the two were in a dead heat and voters thought he would make a good president. Today, she enjoys a comfortable double-digit lead and voters say Christie would not be a good president.”

Quinnipiac didn’t specifically ask about Bridgegate but in this instance it’s probably not an unfair inference. There’s no other explanation.