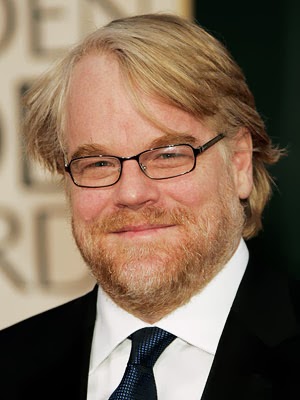 Phillip Seymour Hoffman was one of those actors who totally inhabited a role. His own personality, looks, mannerisms, etc. were completely subsumed by the character he depicted.

Often, you didn’t even realize that Hoffman was in a film or video until you saw the credits roll at the end and you found yourself saying: “Oh my God, that was him?”

He tricked you like that. And he did it frequently.

So, as Hoffman became a well-known presence in feature films you found yourself working extra hard to spot him when he appeared.

Who can forget Hoffman in the film Capote? His performance left us all but breathless. We weren’t at all surprised that he won an Oscar for that role.

We last saw Hoffman on screen in Moneyball and once again we were impressed with his performance, this time as baseball manager Art Howe. And we loved his take on so many other characters in Doubt, Charlie Wilson’s War, Almost Famous, State and Main, The Talented Mr. Ripley, and other movies. But Hoffman was also an accomplished stage actor and director. He was multi-talented.

Such talent often brings obsession with it – the drive to succeed, the determination to be consumed by the character and the work, the will to risk everything, the total immersion in one’s craft. And where there is obsession you will find the seeds of addiction. They just seem to go together.