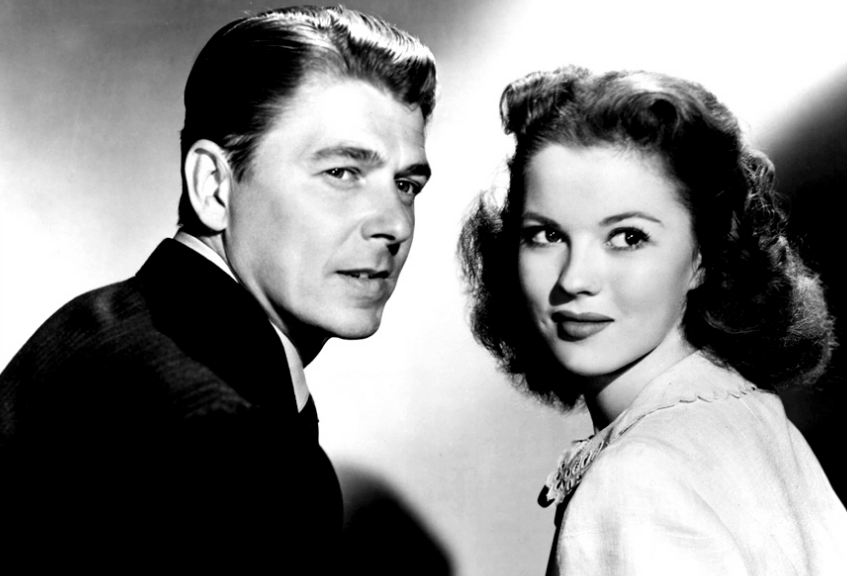 A heartbroken country is mourning the loss of Shirley Temple this morning, Save Jerseyans, the childhood film star who stole the nation’s hearts – and kept people smiling – throughout the most difficult depths of the Great Depression.

What does it say about contemporary America that today’s downtrodden, hopeless, jobless, and health care-less citizens have to rely on Justin Bieber and Miley Cyrus? But I digress…

Shirley Temple ventured onto an entirely different stage as she grew older and left Hollywood behind: the realm of electoral politics and foreign policy.

In 1967, Temple ran and lost in a special election against Pete McCloskey in California’s 11th congressional district to replace a deceased GOP House  member. Temple was the conservative alternative to McCloskey, the liberal anti-Vietnam War candidate.

Perhaps it was only natural that the little girl who won over hearts as a child during a time of domestic turmoil and upheaval later made a career out of essentially the same exercise asa celebrated adult diplomat in service to America abroad. Temple’s California connections brought her into connect with Dick Nixon who, in 1969, appointed her to serve as Representative to the 24th United Nations General Assembly. Gerald Ford later appointed Temple the Ambassador to Ghana in 1974, a post which she held for two years.

Democrats were no more resistant to her charms than anyone else. Temple had visited the White House in a child to see Franklin Roosevelt, after which he said “so long as we have Shirley Temple, we’ll be alright.” As the first female Chief of Protocol of the United States under Gerald Ford, Temple’s biggest task was to plan and organize President Jimmy Carter’s inauguration and inaugural ball.

Temple rounded out her diplomatic career as the United States Ambassador to Czechoslovakia during the term of George H.W. Bush and, at the end, conducting state department seminars for ambassadors and their families at the State Department’s Foggy Bottom complex in Washington, D.C.

Temple once quipped that “[w]hen I was 14, I was the oldest I ever was … I’ve been getting younger ever since.” We’d be a much stronger country today, Save Jerseyans, if every contemporary child star grew up half as well as the late, great patriot Shirley Temple.

53 thoughts on “The Little Republican”