Governor Chris Christie made national headlines on Monday when he conditionally vetoed a controversial adoption bill that would permit expanded access to birth records previously only accessible by way of court order.

Since the veto was ‘conditional’ in nature, the Senate and Assembly are expected to concur with the Governor’s suggested changes at which point the bill formally becomes law in the Garden State.

Reaction has been mixed. Some adoptees and parents who chose adoption and want to reconnect are delighted; privacy advocates are less-enthused, as are many in the pro-life community.

There’s a window of opportunity to retain some anonymity. The legislation gives parents up until December 31, 2016 to redact the names from their biological children’s birth records; consequently, adoptees could begin accessing their original birth records one day later on January 1, 2017. The Christie compromise allows biological parents to redact their names and other vital contact information on birth certificates for adoptions generated prior to 2015.

The sponsors believe adoptee rights trump other considerations. “For 34 years, adoptees throughout the state have been fighting for the right to access their birth records and family histories – important documents that not only supply a core identity of who they are and where they come from, but also important medical information,” said Senator Joe Vitale (D-Middlesex), in a press release issued from the Democrat Senate office. 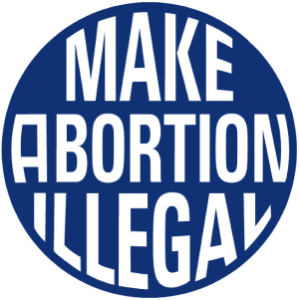 “I thank the Governor for recognizing the injustices that New Jerseys’ closed records laws have imposed on adoptees here for far too long,” added Sen. Diane Allen (R-Burlington).

Pro-life advocates remain worried that New Jersey parents weighing the competing choices of adoption and abortion might have lost an important incentive to choose life.

“It’s noteworthy that the lead sponsors of the bill, Vitale and Allen, who the Governor worked with on this compromise are well know pro abortion supporters,” said Marie Tasey, executive director of New Jersey Right to Life, in a statement to Save Jersey. “Are we supposed to believe that they really care if abortions increase? In New Jersey, a woman who chooses abortion is guaranteed privacy, but under this proposal, if a woman chooses adoption, her identity will be made public. How is this fair and equitable and beneficial to society?”

“If this conditional veto is adopted, we advise New Jersey women who are considering placing their child for adoption and desire privacy to give birth in a state that values privacy,” Tasey continued.

I’m admittedly sympathetic to Marie’s argument, Save Jerseyans, although it’s a tough issue by any measure.

It will be much harder in the future to convince young pregnant women considering adoption that they can move on with their lives afterwards without future complications. The only somewhat compelling argument in favor of adoptee curiosity trumping privacy rights in this instance, to me, would be access to medical history, but the availability and accuracy of modern genetic tests should’ve assuaged those fears. We should’ve left it alone, but Trenton isn’t famous for its restraint.

For now, adoption of the bill itself could still be weeks away since neither legislative chamber has an upcoming voting session in the near term. We’ll keep you in the loop.