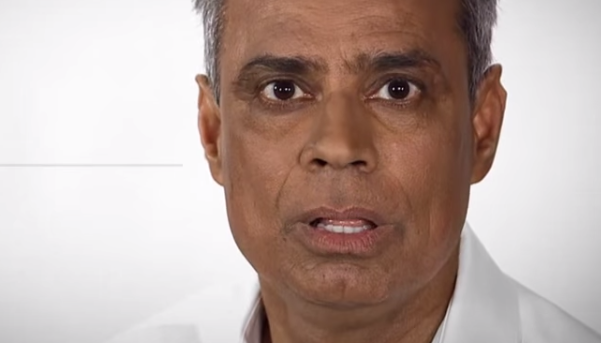 Question: what’s the difference between a racist and a non-racist in the 2014 American political arena Save Jerseyans?

How else can you explain why Assemblyman Upendra Chivukula (D-17), running a distant third in the race to succeed Rep. Rush Holt in CD12, isn’t being called out by media, party, and grassroots leaders for the overtly racist opening salvo contained in his first television advertisement?

Now, do I believe in pulling out “the race card” as a matter of principle? No. In case you haven’t notice, I’m not exactly the sensitive type! I was raised to believe that you judge every man and woman by their character.

The ad begins with Assemblyman Chivukula declaring, “I’m the Tea Party’s worst nightmare; I don’t look like them.”

I’m assuming he’s referring to past surveys like the April 2010 New York Times/CBS News poll which discovered that “Tea Party supporters tend to be Republican, white, male, married and older than 45.” Never mind that the most beloved Tea Party figures in America are Allen West (a black man) and Sarah Palin (a white woman). Some of the country’s most prominent conservatives happen to be Indian American, including Governors Nikki Haley and Bobby Jindal.

But an entire movement is easily reducible to a few angry white dudes (think “Cliven Bundy”) when a Leftist candidate needs to whip votes from his or her base. Those are the rules!

Imagine for a moment the uproar that would occur if Tom MacArthur or Steve Lonegan ran an ad that began with the same words, just slightly modified to, “I’m the Left’s worst nightmare. I don’t look like them.” Yup, exactly. Racists!!! Racists!!!!! There would be pitchforks, torches, tar and feathers flowing into CD3 from all corners of the liberal universe.

Never thought I’d say this, Save Jerseyans, but given Uprenda’s behavior (see above) and Bonnie Watson Coleman’s SCI meltdown, Democrats better hope that Linda Greenstein pulls this one out. Aleita Eck is running for real and, given how 2014 is shaping up nationwide, the Left really can’t afford to risk blowing a D+14 seat on a complete ignoramus.

If he wants to prove me wrong, Assemblyman Chivukula should apologize for his blatantly desperate ploy to rescue his candidacy by racing to the bottom of the cultural barrel, treating primary voters like they’re unworthy of a serious debate and maligning a large percentage of his would-be constituents.