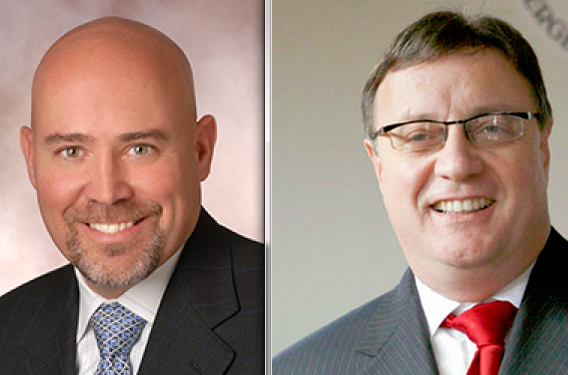 It’s like Christmas in May, Save Jerseyans, at least for those of us who enjoy high-stakes political combat. Don’t worry; you’re not alone. Embrace it!

I’m referring to an upcoming radio debate between CD3 contenders Tom MacArthur and Steve Lonegan scheduled for next Wednesday 5/21. The exact time and location (somewhere in CD3) are still TBD but both candidates have committed to participate.

Lonegan discussed the debate on Tuesday morning when he called into Dominic Giordano’s radio program on the Philadelphia talk station 1210 AM.

We’ll share additional details with you when they become available…

MacArthur also appeared on Tuesday’s show and defended himself from the oft-repeated Lonegan charge that he isn’t a real Republican by offering a constrast.“Our records as mayors is totally different. Steve talks about being a conservative but he delivered anything but conservative results as a mayor,” said MacArthur. “He raised taxes nine times, increased operating expenses dramatically, 25 percent, and I think, worst of all, he couldn’t balance his budget. He was bailed out by the state six times. That’s not conservative governance. He was incapable of delivering good results.”

Mayor Buoni’s endorsement stands as a notable exception to the 160+ other CD3 local and county officials who have come out behind his endorsee’s opponent.

“Over the years, Steve Lonegan has been a consistent voice for common sense in Washington,” Buoni declared in a statement distributed by the Lonegan campaign on Tuesday. “He has been clear and has never wavered in his belief in limited government and fiscal sanity. More importantly, Steve Lonegan has a plan for how he will be an effective Congressman. The other candidates may be intelligent people who have conservative ideals, but are they prepared? Do they really understand what it will take to make a difference in Washington and do they have the will to follow their convictions; even when the opposition is strong? So far, I have only heard one candidate, Steve Lonegan, articulate an actual plan. That’s why Steve Lonegan has my support.”