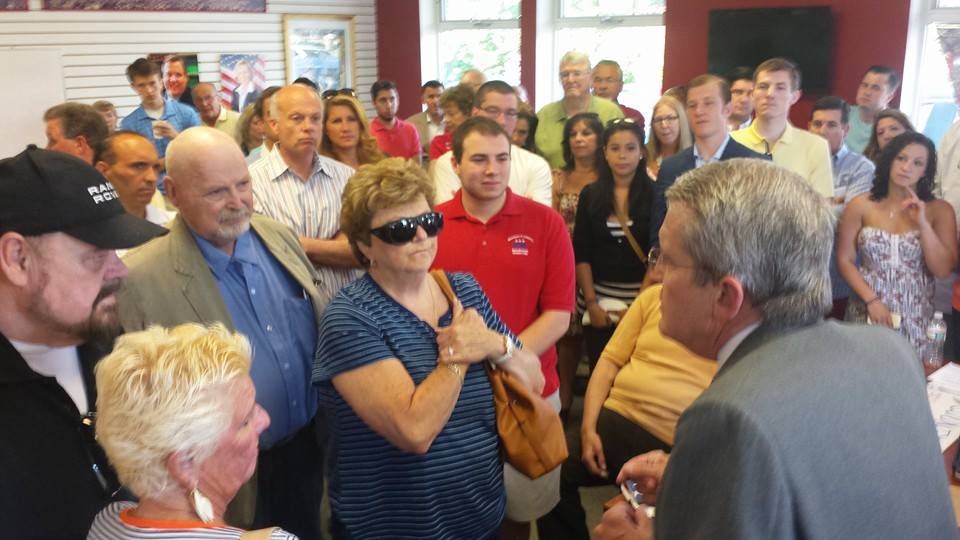 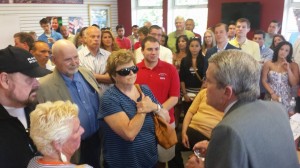 It may be tourist season, Save Jerseyans, but that doesn’t mean it isn’t also an election year at the Jersey Shore. Still, it’s no small feat to draw a large crowd for a political rally at any Shore point between Memorial Day and Labor Day.

They pulled it off. Over 200 Monmouth County elected officials, County Committee members, and Party supporters were on hand at the Monmouth County Republican Party Headquarters on Saturday morning for a General Election kickoff rally. It was the first such large-scale event in Monmouth since Sheriff Shaun Golden was elected as the new Chairman on June 10th.

Today’s strong turnout, coupled with Chairman Golden’s calls for increased volunteer and grassroots activity, seems to be a good start for the Burry/Rich campaign. By all accounts, this year’s Freeholder battle in Monmouth will be significantly more competitive than last year’s.

As we’ve repeatedly pointed out in recent years, Save Jerseyans, Monmouth County is one that leans Republican but is always in danger of swinging to the left. Monmouth County Democratic Chairman Vin Gopal has quietly but surely built a bench of local talent throughout the County, something the Republican leadership seems to be taking quite seriously.

Also on hand for the festivities was U.S. Senate candidate Jeff Bell who was given a rousing introduction by former candidate Rich Pezzullo.

Pezzullo, a Freehold Township resident, had Monmouth County’s “line” in the June 3rd Republican Primary for U.S. Senate, but ultimately fell just short of overtaking Bell statewide. Since then, Pezzullo has arguably been Bell’s strongest surrogate in his bid to take down Cory Booker.

Bell’s breadth of knowledge regarding economic (and more specifically, monetary) policy was impressive, explaining his plan to the crowd and advocating for a return to paper currency backed by the “gold standard.” Bell also laid blame at Barack Obama’s feet for the anemic, six year economic “recovery.”