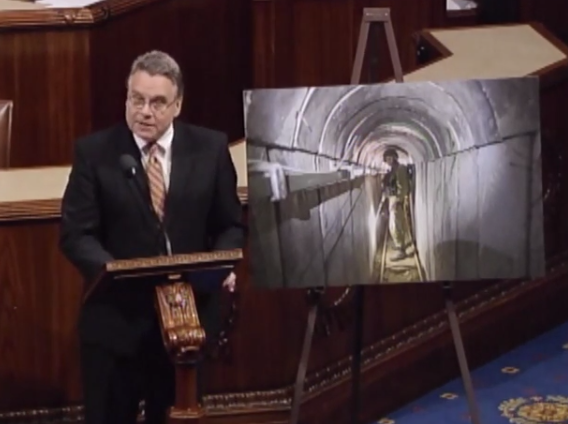 Rep. Chris Smith (R, NJ-04) has a reputation for championing underdogs domestically and internationally, Save Jerseyans. The ultimate underdog in human history has been the Jewish people, scapegoated and abused throughout the ages and still today in even the most unlikely of places.

To hear the media tell it, the Israeli Defense Force’s ongoing campaign to destroy terror tunnels and rocket launching sites in Gaza is little more than the latest dust up in an arcane border dispute or, worse, a human rights travesty perpetrated by a U.S. puppet.

On Tuesday, Smith took to the house floor and articulately called on the Obama Administration to grow a spine (my words, not his), speak out in Israel’s defense, and help explain to the world that anti-Semitism is what’s really at work here…

He also read portions of the Hamas Charter into the record, saying the document was self-evidently “textbook anti-Semitism.”

“The facts on this round of Hamas attacks were clear from the start and follow a long-established pattern,” said Rep. Smith who serves as both a member of the House of Representatives Foreign Affairs Committee and as a co-chairman of the Bi-Partisan Anti-Semitism Task Force. “It’s high time our government sent a much more powerful and unambiguous message: that the U.S. fully supports Israel’s right to defend itself. The administration should emphasize that Israel’s actions in its own defense are legal, that they are right, and that the U.S. stands with Israel, without any ‘ifs,’ or ‘buts,’ or ‘so long as,’ or any other qualifiers.”