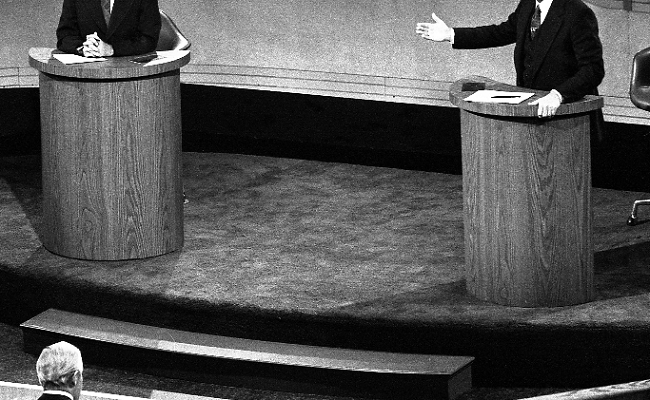 Were you in the mood for a rant today? Good! I’ve got ten mini rants for you…

We do, after all, live in an ever-shrinking sound bite world, Save Jerseyans, and some of those bites are less substantive than others. The dawn of 140 character limits hasn’t helped matters.

Here are the words and phrases polluting our political discourse that tick me off the most; we could endlessly discuss each with dozens of posts but, to quote the great John Belushi, that could take years and cost millions of lives. let’s keep it brief for now and see what you have to say or add when I’m done:

This one is a no-brainer. It implies that conservatism – a belief in traditional values, free markets, individual self-reliance and personal responsibility, etc. – is somehow NOT compassionate. Not only is that an untrue and self-defeating premise, but when you look at what liberalism has done to our inner cities, schools and families, it’s hard to understand why Democrats don’t feel the need to modify “liberalism” with “logical,” right?

Never place your faith in a word that no one can define, Save Jerseyans. Everyone has their own idea as to what’s best for everyone else. Even well-meaning people make mistakes. Evil people can justify all manner of evil by arguing what’s “good” for the society/race/motherland (sound familiar?). Most often, statists invoke this amorphous phrase to justify seizing individual liberties, property and decision-making. A wonderful recent example  of the “common good” turning into a commonly-shared disaster is Obamacare. Millions of lost policies and billions in new debt (and higher premiums later), anyone with a brain should appreciate that the only safe way to build a society is to start from the premise that government’s only foundational role is to protect each individuals’ respective right to self-determination, from both other members of society and the government itself.

See #10. I can only think of two relatively objective ways to measure the success of a society: the prosperity of its people and the freedoms enjoyed by its people. Find me a liberal/socialist/statist/communist/left-of-center government anywhere that’s accomplished “progress” and I’ll eat my shoes. Both of them. Moreover, most of our own society’s great cultural advances – emancipation, suffrage, civil rights – were all spearheaded by Republicans. I suppose the Left wins this argument only if you stretch the definition of “progress” to include licentiousness.

As a veteran of the Catholic education system, I have it drilled into my head that we’re all “called to be saints.” So in that sense, Save Jerseyans, I appreciate how my Tea Party friends endeavor to be “patriots.” Love, devotion and duty are demanded of every loyal citizen. But they need to understand that like “saint,” “patriot” is an honorific designation in colloquial usage. Excessive self-application is boorish at best and, at worst, a huge turnoff to otherwise persuadable voters.

I’m an unapologetically pro-life Catholic who believes that all life is valuable and that we should judge a people, in large part, by how well they treat their most vulnerable members. The problem with the phrase “sanctity of life” is that its currency is diminished in an increasingly areligious culture. A generation raised without church thinks it sounds spooky. I’m not saying this is a good trend. I am saying that if you want to win converts to your cause, then the missionaries need to learn how to talk the prospective converts’ language. In the case of abortion, initiating a discussion of human rights and individual liberty is likely to gain more traction.

Let’s cut through the garbage designed solely to pit one segment of society against another for electoral gain. As the Hobby Lobby fallout clearly demonstrated, the “War on Women” is non-existent. Republicans aren’t hiding in women’s closets to steal their birth control and force them back into the kitchen. What this all boils down to abortion, and if anyone seriously thinks a political party or movement insisting women have a “right” to kill their children is legitimate then good God, folks, we’re further gone than I ever believed possible. This is America; no one has the right to decide anyone else’s life is expendable. Or at least no one should.

Talk about insulting, right? It implies that the millionaire CEO, hard-working accountant or industrious owner of a growing small business somehow labor less intensely – or honestly – than other employees. Sometimes that’s true. More than often it’s most certainly not true. In many case, those folks actually worked harder which is why they’ve risen up through the ranks to the corner office. And thank God for it, right? Because people who build businesses are the ones who employee the rest of us.

I can “check my privilege” but not my common sense, Save Jerseyans. Diversity of thought, experience, perspective… all valuable in their own way. Unfortunately, the Left restricts the scope of this term’s meaning to base superficialities like skin color or ethnicity. The irony of this approach is that it’s kind of racist, isn’t it? As if to suggest that something as genetically and substantively insignificant as the amount of pigment in my face is what defines me? In any event, the end result of the Left’s devotion to their diversity results, curiously, results in less of my definition of diversity. Visit a college campus for all the proof you’ll need.

See #9. This is the most meaningless, hallow phrase of’em all. Ronald Reagan famously joked that “[t]he nine most terrifying words in the English language are: I’m from the government and I’m here to help.” Government is supposed to safeguard opportunity, not outcome. Moreover, “groups” don’t have rights. Individuals do. So anyone who tries to make policy based upon promises of “social justice” is trying to buy votes. You’ll know because they’re promising something that’s impossible: a centralized, one-size-fits-all distribution scheme that’s supposed to guarantee an “equality” based outcome for everyone. But what is equality anyway? Everyone having the same number of cars? Apples? Blue-rays? Again, when you break it down logically, it’s simply not logical to operate under the assumption that true equality is universally reducible to quantity. The quality I’m after in life is specific to who I am as an individual. My wants, needs and desires. No bureaucrat can make that decision for me.

Last but not least is the most overused term of all. Americans say they want “bipartisanship” but they don’t. Not really. What those who are truly engaged want is something to believe in. The true culprit here is actually confusion of terms. “Civility” is also what most voters want. Even though we respond best to negative, ugly ads and crass political combat, there’s a part of our collective consciousness that longs for substantive dialogue. “Bipartisanship” isn’t a synonym of civility. You can fight civilly. Bipartisanship isn’t “compromise” either. Action, yes, but our two-party system is lubricated by debate; I don’t know about you, but I don’t vote for politicians with the hope that they’ll all go along to get along! Contrast is what I crave. Ideas. Principle. Good judgment. Compromise is never a good unto itself. I want them to argue, debate, and yes, sometimes reach an impasse and stay there until we can resolve the dispute at the next election rather than forge ahead and compromise away my rights.