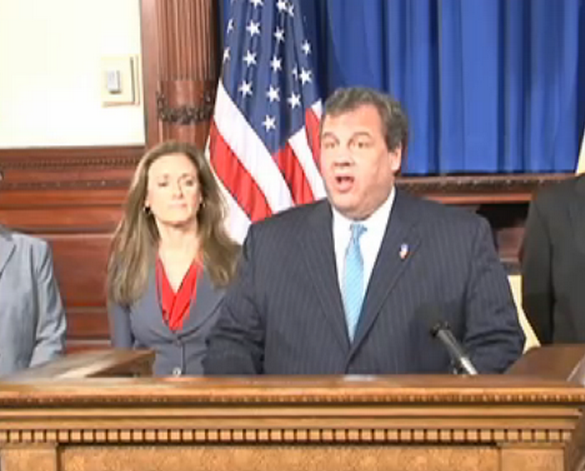 More Bridgegate “news” on the one year anniversary of the infamous Fort Lee lane closures, Save Jerseyans.

The New Jersey Law Journal is reporting that AT&T “has at least partially complied” with a subpoena from the Assemblyman John Wisniewski’s SCI; the document production consists of  “a 17-page list of telephone numbers emanating from and received by the cellphone issued to Regina Egea, the director of the Authorities Unit in the governor’s office.”

It all comes down to her recollection of having texted Christie about the lane closures.

The Governor denies ever having received such a text.

Egea says she deleted it.

The rub? Reportedly, the records don’t contain anything other than duration and target of communications, i.e. a “5 minute phone call to Chris Christie.”

So what good are they? Good enough to spend hundreds of thousands of additional taxpayer dollars?

My two cents: Regina Egea should’ve calmly strolled into John Wisniewski’s hearing room, drew “Lois Lerner” in black marker on a large piece of paper, held it up to the committee for everyone to see, and then dropped the mic and walked out.