Roger Goodell is NOT the Problem 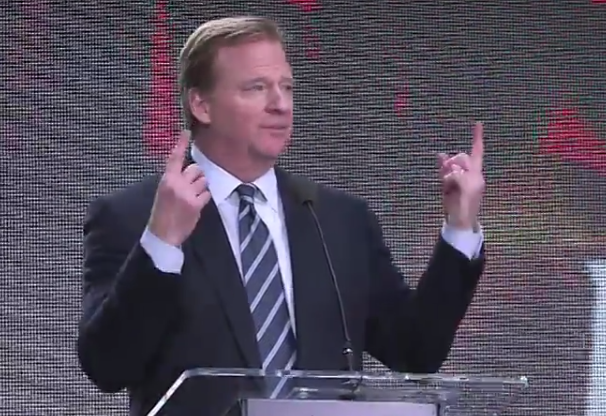 Months ago, when NFL Commissioner Roger Goodell suspended former Baltimore Ravens running back Ray Rice for 2 games for knocking out his then-fiancee (now wife) in an elevator, I immediately felt that the penalty was not nearly enough.  Consider, former Miami Dolphins guard Richie Incognito got an 8-game suspension last season – and has not even been signed this season – for simply being one of a handful of teammates to exchange some taunting, private text messages with a teammate.  So, no, I did not think Goodell’s penalty was enough.

That said, the ridiculous grandstanding by attention-seeking legislators and marginalized groups like the National Organization of Women (they’re still around?!?!) calling for Goodell to lose his job are ridiculous.

For starters, Goodell’s suspension without pay resulted in a $220,562.50 fine, which is…  ohhh…  exactly $220,562.50 more than the fine levied against Rice by the Atlantic County prosecutor and judge in Rice’s case.

In fact, not only did Rice not pay a fine to the county for his assault, he was not sentenced to any prison time, either.  In fact, because he was “sentenced” to anger management counseling, he doesn’t even have a criminal record as a result of his horrific transgression.

So why are all these people calling for Goodell’s dismissal?  Because he’s a very public figure.  Calling for the termination of a prosecutor and judge – people no one has heard of – won’t get the media coverage that calling for the celebrity Goodell’s head will get.

And I get that.  The Nat’l Organization of Women has not been relevant in decades, so calling for Goodell’s head gets them in the papers.

Then there’s the politicians – who help put prosecutors and judges into their position.  They’d never attack one of their own.

So it’s up to us – we the people – to wake up and realize that calling for Goodell’s head is simply a distraction.  The problem is that the legal system stinks.  THAT should be the message that we take away from this whole sordid affair.

2 thoughts on “Roger Goodell is NOT the Problem”