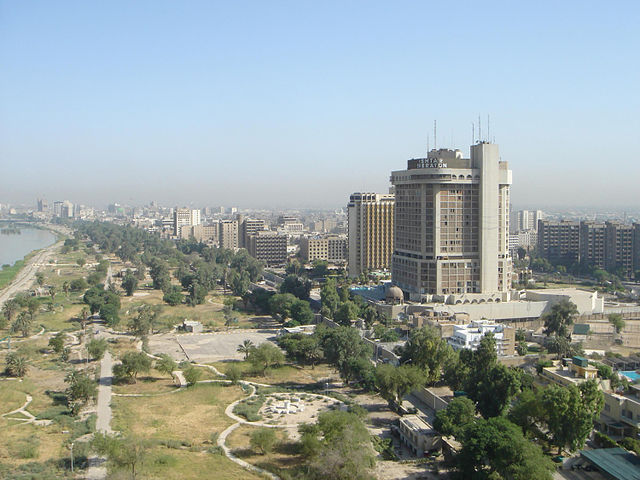 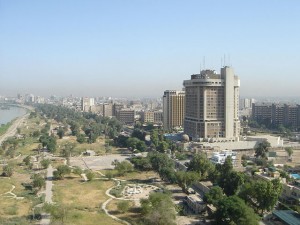 I was on my high school senior trip in Disney World when Baghdad fell to American forces during the Second Gulf War.

Now here we are, not even six full years into the Obama presidency, and the Pentagon is reportedly predicting that Baghdad WILL fall to ISIS insurgents in the coming weeks without the intervention of ground troops. It sure as heck doesn’t look like our allies are planning to do anything without our lead.

Can anyone say mission creep??? And so much for leading from behind! What a disaster. One that even hardened Democrats are openly admitting was avoidable.

You and I know what we SHOULD do here. The million-dollar compound question: what will Obama actually do? If anything? And how will his response (or non-response) impact the midterm elections if Baghdad falls before Americans vote?

Let’s play this out. It’s what’s keeping Obama up at night… or whoever answers the phones when he’s golfing…:

– A disaster is only a matter of time if the U.S. doesn’t intervene. It’s that simple. We’re only debating when, not if, at this point. Everyone except for the Obama mouthpieces. The State Department continues to allege that Baghdad is sufficiently defended, but this is the same Administration that told us ISIS/ISIL was only the Islamic terrorist world’s “JV Team” only one month ago. Oops. They have no idea what they’re talking about, folks. I saw Godfather II… no one outside of the immediate situation thought Havanna was lost until Castro took it. The better disciplined, better armed fanatics will beat the ideologically-bankrupt government forces every single time. It’s only a matter of time.

– Baghdad hypothetically falls before Election Day (not long after Kobani), and the events on the ground are horrifying enough that even the mainstream media-types can’t downplay it (especially when loyal Clintonistas like Leon Panetta are more than happy to go on TV). Some of these ISIS goon squad fanatics make the Nazi SS storm troopers seem restrained by comparison. We could see the worst war crimes since, ironically, Saddam gassed the Kurds. Thousands dead. Gruesome executions. Mass, forced Islamic conversions. You’re not alive if there’s not a shiver working its way down your spine when contemplating it…

– Now the President faces a grim political choice. He’ll play it off as a fluid situation – and confused reports of street fighting and other messiness might help that narrative in the short run – but black flags in the capital will be hard to spin. If he doesn’t order ground troops back into Iraq, Republican congressional candidates (if they’re smart) will accuse the President and his party of abdicating their leadership responsibilities. Dem candidates will have no choice but to dig deep and double-down on social issues (e.g. the war on women) to keep the base’s collective head in the game. Regardless of what he does, the already-growing bipartisan chorus of critics who don’t think Obama did enough to prevent this disaster will only grow louder. Remember: the Clinton people and their allies want to create as much distance as possible between themselves and the Boy King reining over at 1600 Pennsylvania Avenue.

– If he DOES go on TV and announce ground deployments in the days heading into a major election, any “rally around the-command-in-chief” sentiment exhibited by independents and soft R’s could be negated by the anti-war elements in his own base who, in disgust, could decide to sit on their hands and skip the midterms as a protest.

– Baghdad’s fall will reverberate around the globe much like the fall of Saigon or the Soviet withdrawal from Afghanistan. But way worse! Iraq, henceforth, can be said to exist solely on paper. And remember: we’re already developing a reputation for weakness under this President. Our enemies will have found another excuse to test our resolve – and the terrorists will have a huge new recruiting tool – if the modern capital of Mesopotamia falls and American prestige takes a further dip. ISIS isn’t simply trying to kill non-Muslims or press a regional grievance. They’re trying to reconstitute a global caliphate stretching across the entirety of the Middle East and Northern Africa. What’s next? Istanbul in a year? Tehran, Cordoba and Palermo in a few?

Yup. I know our liberal friends aren’t big into praying or the whole “God” thing but this would be as good a time as any to start.