Without Debates, Cobb Continues to Confront Norcross in Public 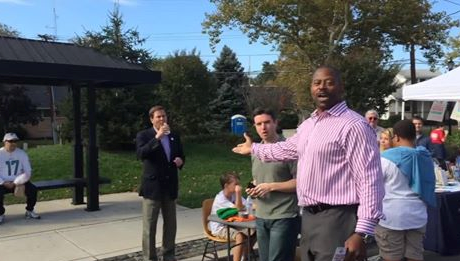 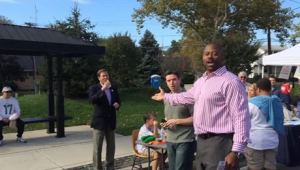 It’s not going to get him over the goal line in NJ-01, Save Jerseyans, but former Philadelphia Eagle turned GOP House candidate Garry Cobb is doing the best he can to simulate the debates his opponent, humble every-man electrician Donald Norcross, won’t agree to hold by confronting the machine pol at public events. Again, it’s not a replacement for the money (and paid media) some Republicans were hoping to see from a retired NFL star and Philly radio personality but it sure is great YouTube-able stuff…

We already showed you footage of when Garry met Donald at a Haddon Township street fair.

The Cobb campaign has since published a mash-up of recent confrontations (including one near the Victor Building in Camden where Norcross “lives”):

8 thoughts on “Without Debates, Cobb Continues to Confront Norcross in Public”