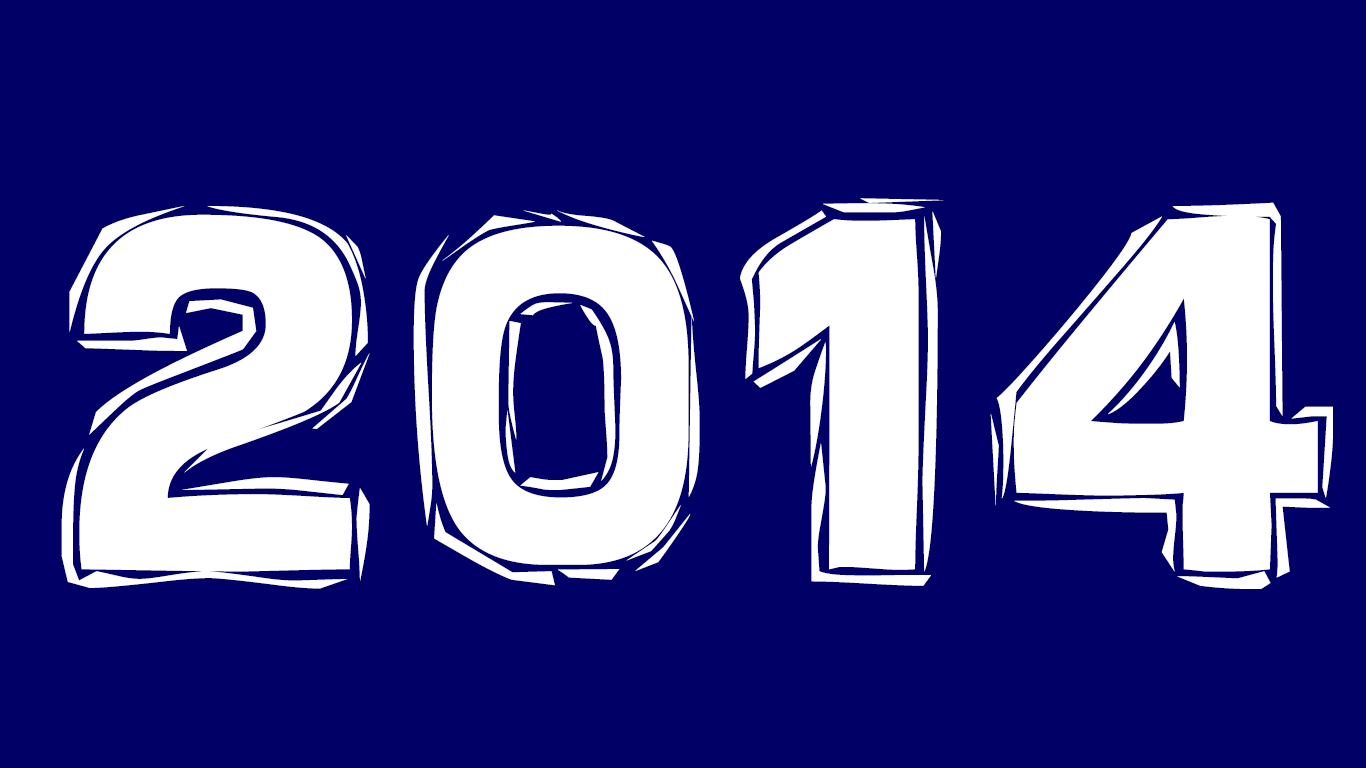 In no particular order, Save Jerseyans…

(1) Chris Christie: He’s alive! ‘Nuff said. I don’t need to tell you what happened to him this year; all that matters is that 2015’s a new year with an unsettled GOP primary field and plenty of opportunity for a positive change in his increasingly volatile fortunes. Plenty of bad? Sure. News of potential January Bridgegate indictments and the early entry of Jeb Bush into the presidential contest are ominous developments along with persistently weak polling. But so what? We’re grading 2014, not prejudging 2015, and as he proved through his work with the RGA last cycle, you can never count this guy out or underestimate his ability to make lemonade out of lemons. I certainly imagined he might be in worse shape than he is today after news of Bill Stepien’s resignation reached my ears…

(2) Jon Bramnick: He’s probably the front runner for the GOP gubernatorial nomination whenever Chris Christie moves up and/or out given his close relationship with the Governor and furious party leg work all over the state. We’re a long way out but hey, again, this is an assessment of 2014 and 2014 only. Stay tuned. He kicks of 2015 with a bang at the Borgata with a February statewide GOP rally/convention/gathering.

(3) Tom MacArthur: It’s no small feat to move into a new district, scare off well-heeled national Democrat groups and win by a healthy double-digit margin. I wouldn’t be shocked to see MacArthur scale the ranks of House leadership in the years to come assuming, of course, he survive reelection in 2016 (hint: we’re bullish).

(4) Jay Webber: He’s the conservative conscience of the GOP legislative caucus and remains a strong future prospect for higher office of some sort or another.

(5) John Boehner: As a Speaker of the House ever had a tougher job? And endured more attacks from his own team? Only to oversee the seating of the largest GOP House majority since the 40s next week? Love’em, hate’em, whatever… results talk and B.S. walks.

(6) Mitch McConnell: See above. Wonder how Alison Lundergan Grimes is spending NYE? Meh. So long as its not with us…

(9) Trey Gowdy: America’s conservative base has a new hero and he’s the full package (except for that haircut). We continue to expect big things…

(10) The Bush Family: They’re right back in the thick of things with George P’s Texas victory and his father Jeb’s presidential announcement. Who thought it was possible only a few years after George P’s uncle recorded record-low approval ratings in the midst of the Iraq War’s darkest days? Well, that was before Obama-ism imploded, ISIS roared and a well-executed media plan (including a book about the patriarch) helped nudge public opinion back in their direction. Enough? We’ll see…

(11) The Kean Family: Their close relationship with the Bush clan (they even hosted a fundraiser for George P this year) will pay dividends for Tom Kean Jr. should Jeb Bush secure the GOP nomination. In the interim, should Bush AND Christie run for in the primary, Tom Kean Sr. could play an interesting power broker role if that clash of the titans goes the full distance (unlikely but interesting to think about, particularly in light of the post-Election 2013 failed coup).

(12) Elizabeth Warren: Whatever makes Hillary Clinton weaker also makes this nut, representative of the angry and suppressed Left, that much stronger.

(13) Steve Fulop: The new frontrunner for Governor? He’s got a story to tell and, as evidenced by his endorsement of Ras Baraka, a growing level of statewide political influence.

(14) Scott Garrett: A spirited challenge from Roy Cho amounted to nothing without outside help. We’ll see if the DCCC takes the district more seriously in 2016. For now, the veteran conservative congressman is safely on top.

(1) Loretta Weinberg and Jon Wisniewski: Christie’s dogged arch-nemesis under the dome, Weinberg helped spearhead a legislative Bridgegate investigation that failed to uncover ANY actionable evidence where Chris Christie is concerned. She wasted MILLIONS in taxpayer dollars for nothing. A Christie/Cuomo joint veto decision of bistate port authority mirror reform legislation was theicing on her 2014 prune cake. Wisniewski? See above, plus the added problem of completely evaporated mojo (if it ever existed) for a 2017 gubernatorial primary run.

(3) Barack Obama: POTUS lost the Democrat congress he inherited in 2009 and now faces not only a strong GOP majority on Capitol Hill but also the largest GOP state-based legislative majorities since before the Great Depression. His ONLY tangible legislative accomplishment – Obamacare – is still under direct legal assault and continues to fall apart under the weight of its own flaws. It’s going to be a long two years for this lame duck to endure.

(4) Vin Gopal: He was once a rapidly-rising young star in the N.J. Democrat Party. Decisive defeats at all levels of Monmouth County government (and wasted investments from outside power brokers in North Jersey) have set him back big time. News of a potential Assembly challenge next fall looks more desperate than courageous.

(5) Valerie Jarrett: Her boss in on the rocks and her strong advocacy for Iran is spilling over into the President’s public comments and making him (and the country) look ridiculous.

(7) Al Sharpton: How does it feel to be the nation’s preeminent racist? Especially after the execution-style slayings of two NYPD officers? Any serious attempt to cross over from notorious rabble-rouser to legitimate media personality is now over.

(8) Bill de Blasio: Elected with more than 70% of the vote only a short time ago, New York City’s embattled mayor is officially one of the country’s least popular politicians, boasting a rare combination of incompetence, radicalism and insensitivity, and as a result he’s likely to face a strong challenge for reelection, possibly from his own police commissioner?

(9) Harry Reid: I’m sure Chuck Schumer would go into his own pocket to help you relocate back to Searchlight, Mr. Senator.

(10) Aimee Belgard: The Burlington County freeholder got her clock-cleaned by Tom MacArthur in a race once thought to be competitive where she received heavy (and early) support from Democrat Majority PAC and the DCCC. Now she’s up for reelection at the county level against a re-energized county Republican organization in low-turnout cycle. Don’t get too comfortable…

(11) Bob Menendez: Everyone’s favorite Caribbean tourist loved serving as chairman of Foreign Relations. Starting next week, New Jersey’s senior senator will have to settle for the senior Democrat role. He also finds himself increasingly at odds with his President on issues near-and-dear to his heart, notable Cuba.

(12) Nancy Pelosi: What’s the point? Retire, move back to San Fran and open up a candle shop or something. It’s going to take a few cycles (at least) to dislodge the new GOP House majority (the largest since Truman was president). Don’t you want to enjoy your grand kids?

(13) Bergen Republicans. I see reason for optimism in 2015 with the comeback candidacy of former Freeholder John Mitchell already in the works but I’d be lying, too, if we overlooked the magnitude of Kathe Donovan’s loss and a strong Democrat majority on the freeholder board. The county party is (still) a mess. Someone needs to step up and lead. Yesterday.

(14) RINO Hunters Everywhere. Never say never, Save Jerseyans, but we’ve likely seen the last of the Bogota Brawler (Steve Lonegan) following his failed NJ-03 congressional primary bid and corresponding move to Lavallette in the heart of George Gilmore country. And by “last” I mean as a political candidate. It’s not really fair to personally call Steve a loser since he’s still working hard, now through ‘Fix the Dollar,’ and he’s got a lot more opportunity for surf fishing at the Jersey Shore than I do. The real loser? His populist, aggressive, smash-mouth brand of conservative campaigning that never found at home at either end of the G.S. Parkway throughout all of his many campaigns. Republicans nation-wide experienced similar results in 2014 (especially in a comparative analysis with 2012). #BigTent is back?