Pallone Ends 2014 By Celebrating Pennies on the Dollar Job Performance 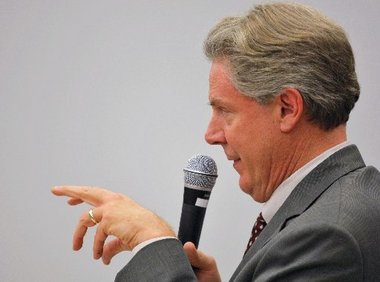 New Jerseyans pay, on average, $9,902 per capita to the federal government on an annual basis, Save Jerseyans. That’s a ton of dough, right?

“Whether a constituent is concerned about a federal policy or needs help navigating the federal bureaucracy, I want them to know we’re here to help,” said Congressman Pallone.  “I am grateful that so many residents of the 6th District have turned to us for assistance this year, especially as we continue to recover and rebuild from Sandy together.  I hope that they continue to use my office as a resource.”

Some help. Pallone’s haul works out to roughly 50 cents for every resident of his district and far less than the worst-in-the-nation 61 cents on the dollar that New Jersey typically recoups from its federal tax contributions.