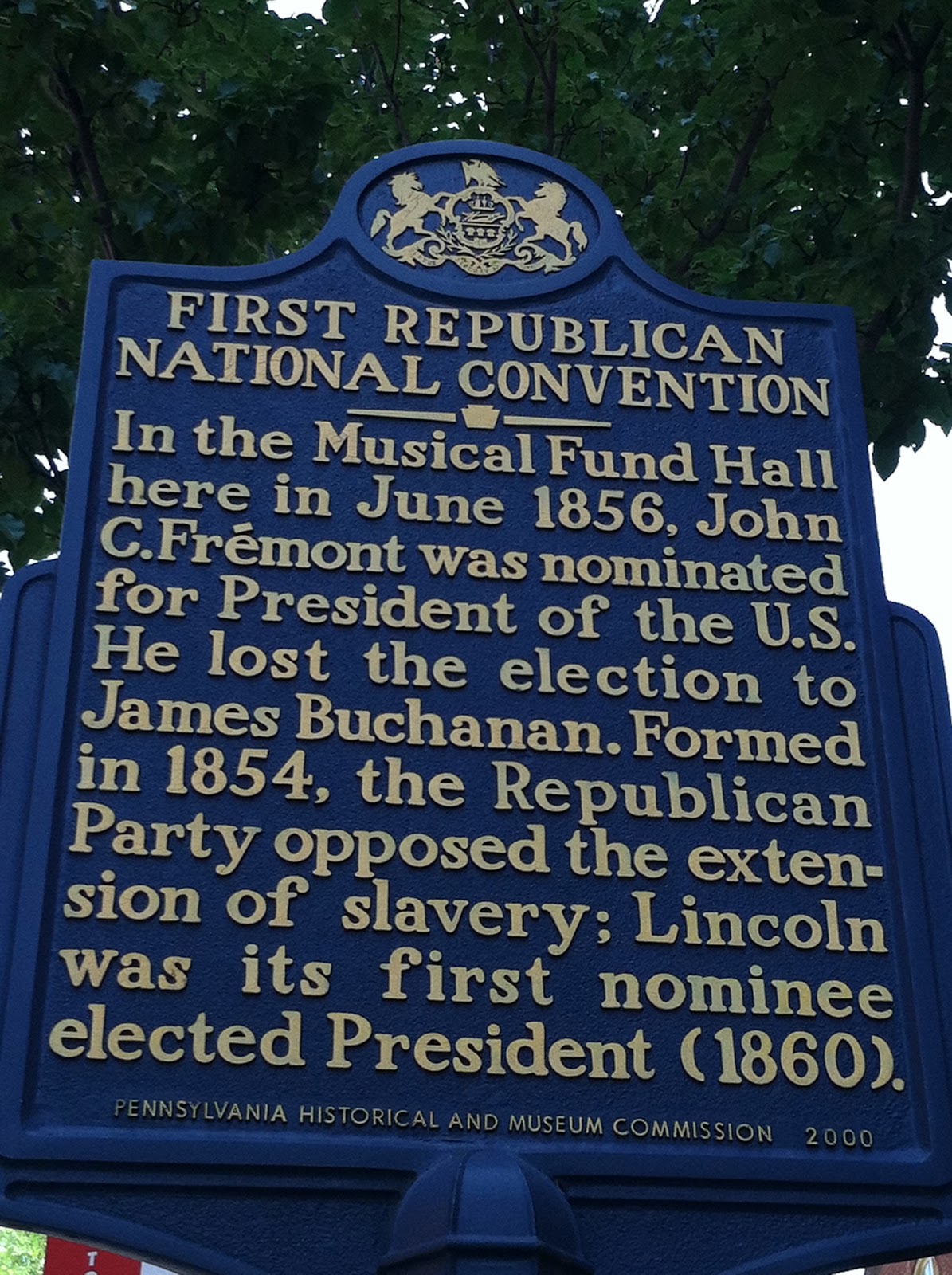 There’s much talk that the 2016 Democrat National Convention will be held in Philadelphia. Personally, I think Philly has the inside track. But, when it comes to holding conventions in Philadelphia, the Dems will have to go a long way to catch up with the GOP because Philly and the Republican Party have a rich and storied presidential election year history.

Where was the first Republican National Convention held?

Well, it was held in 1856 in a place called the Musical Fund Hall. 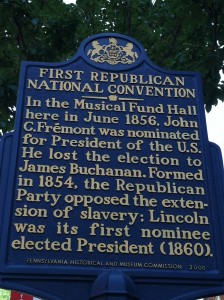 Of course, the Republican Party was founded to oppose slavery and its mission came alive four years later in 1860 when it elected its first president, Abraham Lincoln.

But where exactly is the Musical Fund Hall? In what city was the first GOP convention held?

The Musical Fund Hall can be found on Locust Street near 8th in Philadelphia. It is just a few blocks away from Independence Hall and sits within the most historic square mile in America.

Charles Dickens lectured in this hall in 1842. Among the others who performed in this hall were Ole Bull, the Norwegian violinist and Jenny Lind, the “Swedish Nightingale,” whom Barnum brought to America.

The Musical Fund Hall was originally the First Presbyterian Church, and then in 1820 the famous architect William Strickland converted it into the largest musical auditorium in the town. For several years, a group of music lovers had been meeting to discus the problem of aging and retired musicians, most of them impoverished. They decided to give several benefit performances each year to raise money for retired musicians, and the idea was enlarged to create a Musical Fund Society to put on regular concert series. Since it was by far the largest public auditorium, it also served as the logical location for graduations, speeches and conventions.

Today, the building houses condominiums. And to look at it now, you wouldn’t regard the building as all that large. But buildings (and audiences) were generally smaller then.

BTW: You’d never know it today but Philadelphia was a solid bastion of Republican strength from the 1870s to 1952. Only one Democrat and one independent were elected Mayor of Philadelphia during those 80 years.

And the Democratic Party? Well, they chose Philadelphia only twice for national conventions in 1936 and 1948 — and this despite the fact that Democrats have solidly controlled the city for 60 years.

That’s gratitude for ya!