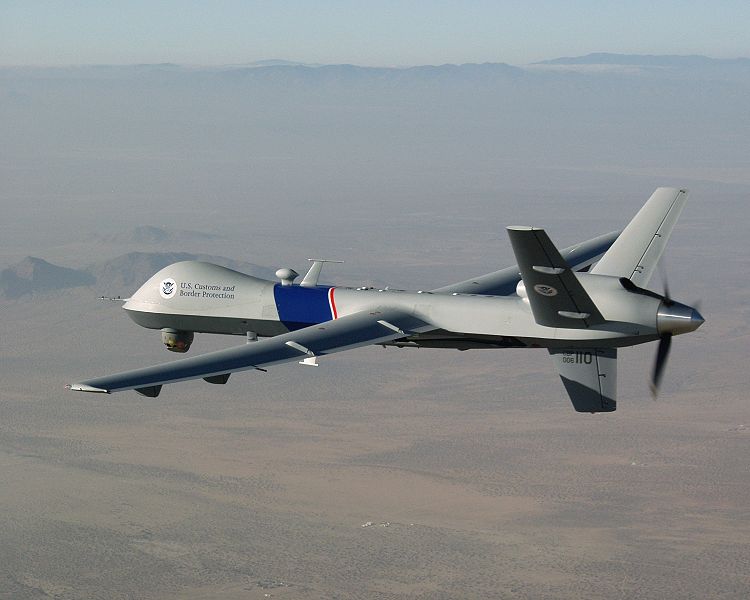 In a rare display of presidential leadership, President Obama last week accepted responsibility for the deaths of two hostages, one and American and the other an Italian, that resulted from a drone strike in Pakistan last January.

The hostages, Warren Weinstein, 73, an aid worker from Maryland, and Giovanni Lo Porto, 39, an Italian citizen working for a German aid agency, were kidnapped by al-Qaeda in Pakistan in 2011 and 2012, respectively.

Indeed, a sad state of affairs. But was it sufficiently avoidable or so tragic that American drone-strike policy must be altered to avoid any risk of a similar occurrence in the future? In a word: No.

Graham’s words are apt. But the must succinct appellation is still that afforded by Gen. William Tecumseh Sherman during the Civil War: “War…is all hell.” 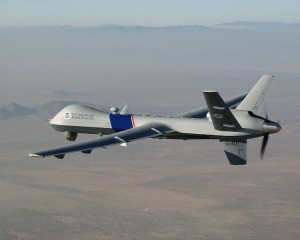 Uncle Billy, as his troops called him, ought to know since he waged it relentlessly and furiously – he’s regarded as the architect of modern total warfare – until his enemy was unable to respond in kind. Then he stopped because there wasn’t a need to wage it anymore, which should be that strategy in all wars, but it isn’t.

During World War II, the Allies dropped 3.4 million tons of bombs, an average of about 27,700 tons of bombs each month, resulting in 543,000 German deaths. Talk about hell.

Some bombs killed American and other Allied POWs, a regrettable, but foreseeable consequence of waging the total war necessary to secure an unconditional surrender from Nazi Germany. In fact, the highest-ranking member of the U.S. military to lose his life during the war, Gen. Leslie McNair, was himself the victim of a misplaced bomb during an American raid on German forces.

Ordnance falling from the sky didn’t have the ability then, nor do drone-fired missiles have it now, to distinguish between their forces and ours, or check the passports of those on the ground.

Some insist that American citizenship immunizes you from being the target of a drone strike even if you’re a terrorist – you’re entitled to constitutional due process and all that.  They don’t get it. When you enlist in the other side’s army, ill-defined though it may be as with al-Qaeda, the Taliban or ISIS, all constitutional bets are off.

(Unless, of course, you’re Bowe Bergdahl, the former-U.S. soldier who allegedly deserted in Afghanistan to take up arms with the Taliban against his former comrades, and who Rolling Stone, in getting it wrong as only Rolling Stone does, calls “America’s last prisoner-of-war.”)

Left-wing Washington Post columnist, Eugene Robinson, condemns all drone strikes because of the threat they pose to innocents in countries with which, like Pakistan, the United State is not at war. Calling them “war by assassination,” he fails to understand that a lot of war is conducted through assassination – if we could have targeted Hitler with a drone in 1942, we would have. These can’t be police operations requiring due process, probable cause, warrants and Miranda warnings.

Some insist – here and here  — that terrorists should be tried in civilian criminal courts, others insist only a military tribunal will do – here and here –  while still others want a third way that encompasses features found in both. Admittedly, it can get murky as in the case of Dzokhar Tsarnaev, a naturalized U.S. citizen who, along with his dead brother, committed lone-wolf acts of domestic terrorism at the behest and in furtherance of al Qaeda-sponsored and endorsed goals. Is he a military “combatant” or a civilian criminal defendant?

During WW II, eight German-born saboteurs landed from a Nazi submarine off the coast of Long Island specifically to engage in acts of espionage and war against U.S. factories and other infrastructure. All had lived in America for years prior to the war, with two of them obtaining U.S. citizenship.

The eight were quickly captured, tried before a military tribunal, had their trial and sentences reviewed by the Supreme Court and, in the case of six of them – the other two, including one of the U.S. citizens, had turned themselves in – including the other U.S. citizen, executed   37 days after President Roosevelt signed an executive order authorizing their trial before the tribunal.

The September 2011 drone strike that killed U.S.-born al-Qaeda operational leader, Anwar al-Awlaki was justified by the Obama administration because he was “engaged in continual planning and direction of attacks” on Americans. That it took months of legal wrangling and argumentation to reach such an obvious conclusion – he did plan and order attacks on the homeland, for God’s sake – shows the extreme to which we’ve gone in confusing waging war and apprehending criminal defendants for processing in civilian courts.

While you can distinguish between targeting a U.S. citizen who wages war against his country from some foreign country from one who engages in an act of terrorism on U.S. soil – see again the Tsarnaev case – as presidential candidate, Sen. Ron Paul appropriately does, getting all worked up about how the death of a U.S. hostage exposes severe limitations on the use of drones as a weapon of war overseas, which the Heritage Foundation has done, neither clarifies the situation nor advances the cause.

Instead, let’s go back to Gen. Sherman and a letter he wrote to the mayor of Atlanta before he invaded, sacked and then burned the city to the ground in September 1864 wherein he stated, “You cannot qualify war in harsher terms than I will. War is cruelty, and you cannot refine it; and those who brought war into our country deserve all the curses and maledictions a people can pour out.”

No doubt Uncle Billy would have fully employed drones because, to modernize him, war isn’t a video game – it’s hell, and sometimes innocent people get hurt or killed.

One thought on “War is hell, and today’s hell features drones”