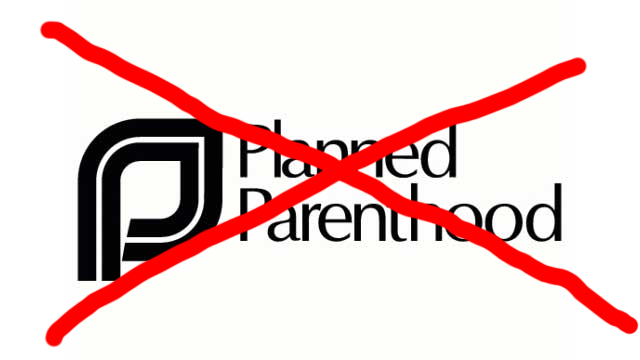 When CNN’s liberal Chris Cuomo calls B.S. in strong terms on White House PR flack Josh Earnest for toting Planned Parenthood’s water in the leakiest possible bucket, you know the series of investigative videos from the Center for Medical Progress have created a watershed moment, a real game-changer.

A heavy-duty, trash-talk diss to Earnest by Cuomo, there’s no doubt about it. And Earnest’s lame response – “I haven’t seen the videos” – followed by a near-100 percent parroting of Planned Parenthood-issued talking points paints him as a wanton lickspittle lackey of what he inadvertently confessed as being “the industry.”

Conscience-free liberals can continue to ignore the reality of what’s been exposed, but I’m guessing many to most are more than a tad scared of what’s left to be aired. You know these undercover people — they always save the best, which will be the worst and most damning, for last.

Planned Parenthood’s crown as the high priestess of “women’s health” hasn’t just slipped; it’s fallen to the ground and shattered as the fake junk-jewelry it is. Those mammograms and breast-cancer screenings it touts? It performs zero, zip, nada, negatory and none at all ever.

PP is in the abortion business – PERIOD – performing almost 328,000 per year, accounting for almost one-third of the abortions performed in the U.S. annually. By its own statistics, almost 94 percent of the pregnancy-related “health care” services it provides are abortions. A referral to a service provider is not a “service” so don’t take credit for providing a service you don’t provide. Of the pregnant women who go to PP for “help,” 94 percent of them get one unique and fatal kind: an abortion:

In other words, out of every 100 pregnant women who consult Planned Parenthood for “health care” receive an abortion. Not quite 3 percent, is it?

Do your own math – don’t rely on PP and liberal spin on the numbers because they’re phony, which is to be expected from those who need to cover up the gruesome business they are in and want to continue.  Even the progressive leaning Slate.com refuses to buy the spin: “Not the least of which being that Planned Parenthood ‘unbundles’ all of its services so that a pack of pills, an STD test and an exam are three separate services.”

To illustrate this, let’s make a comparison with an actual business. Say I open a watch store. I sell lots of those cheap plastic digital ones that you can get at discount stores. And I sell some Timex and Casio, and also some nicer designer watches. But then I also keep a few superexpensive Brightlings and Patek Phillipes in stock. And maybe those only make up 3 percent of my sales. But selling only a handful of fancy watches brings in far more than 3 percent of my REVENUES. And so it is with abortion.”

Planned Parenthood and its lemming-like lickspittles can cook the books, avoid the truth of what is done by employing puppy-and-kitten-level euphemisms – “reproductive health” – and contribute bucket loads of money to pandering politicians who will go along with any crime for a buck, but in the final analysis when the curtain hiding who you are and what you do is thrown back people see the reality of Planned Parenthood and its clinics: infanticide death houses.

If Chris Cuomo can get it then anyone can.